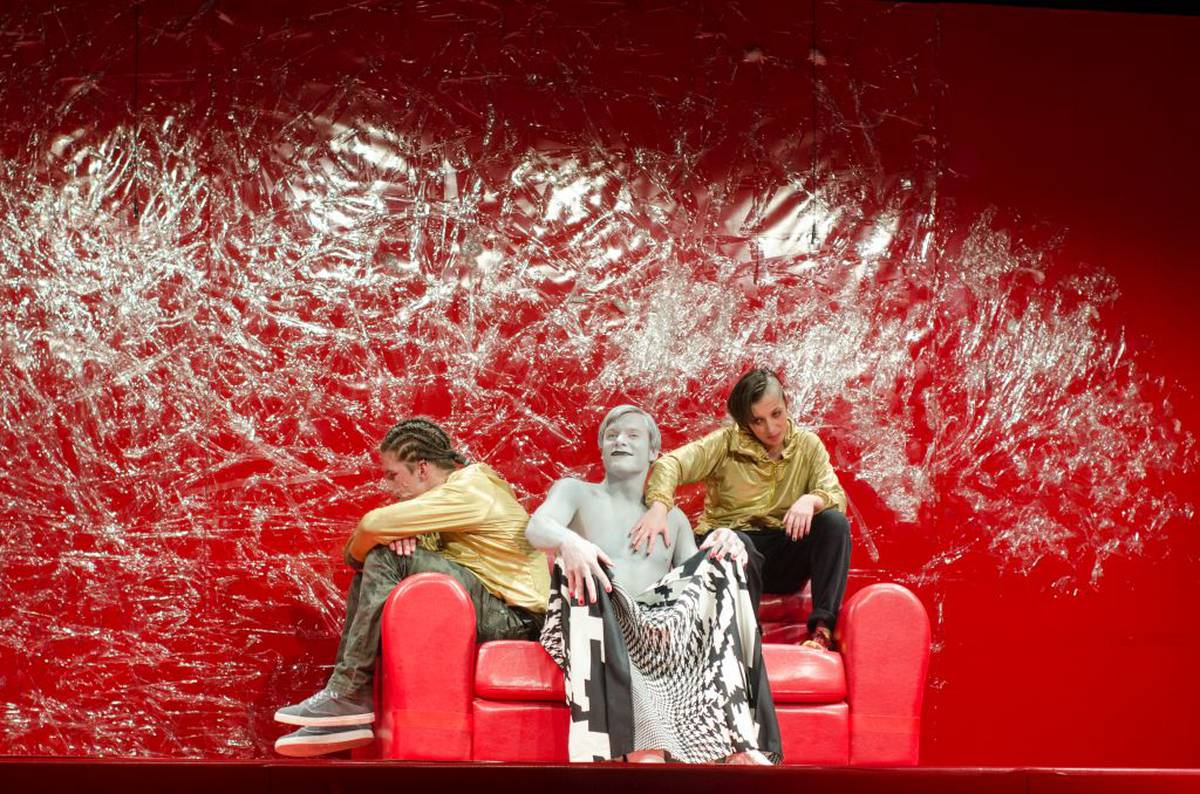 based on Euripides and Aeschylus; Stage version by Benedek Zsolt –– Directed by Bocsárdi László

Electra, directed by Bocsárdi László, it is an adaptation of Euripides's classic tragedy which includes also fragments from Aeschylus' Agamemnon. The original writing style was kept, and fragments and significant topics of the classical tragedy, such as revenge, duty awareness or passion were maintained. The performance evokes the obsessive determination of Electra to revenge her father.

In the story of Orestes and Electra – around whom the entire action takes place – the last three generations were followed by a more hideous curse. Pelops, Atreus and Agamemnon, the ascending brothers from the paternal line, embody the reign and the masculine principle. And that is exactly what is causing their perish: they do not take into account the position of the woman, the irrationality, nor the sanctity of birth. They sacrifice one by one their children on the altar of a cause they believe it is holy. They have become blind to what is fragile, like a neglected child who claims his right to existance and becomes awful, clapping his feet and asking for blood. In the performance, The Old Man is the one who embodies this invisible energy and without simplifying it, he gives it consistency through the miracle of theater. Therefore he is Artemis, the virgin goddess, but also Iphigenia, the sacrificed child, and Dionysus, the god of tragedy. He's the curse itself, which means he is the soul of the tragedy.

"Bocsárdi's Electra is stout, she doesn't come alive from "grief", but rather from revolt. Isa Berger fulfils the difficult score successfully and with much energy. [...] In an excellent performance, Konstantin Keidel is at times a crafty advisor, at times a charming storyteller, with an apparent naïveté, beyond the human spectrum. [...] Clytemnestra - an extraordinary performance by Ida Jarcsek-Gaza in this role - is painted in garish colours. [...] Her role is very well defined: a pressure relief valve."

,,[...]. The contrast results from keeping the ancient language in verse, which especially stands out through the spirited act of the two actors of the young generation: Isa Berger (Electra) and Harald Weisz (Orestes) [...]. This impression is reinforced by the ambiguous-androgynous affectedness of the two, the bizarre humming of The Old Man (certainly one of Konstantin Keidel's best performances on the TGST stage). More alienating though is the role of Clytemnestra: Ida Gaza, still one of the most representative actresses of the German stage, she took - through her short sequined dress, her high heeled shoes, sunglasses and affected presence - a queen and with her specific skilfulness, made her into a ridiculous pitiful lady with tapped hair the 60's. [...] After seeing this performance, the viewer can't avoid some fundamental questions: can it be that the Antiquity is not as far as it seems? What are 2000 years? Hasn't the 21st century man's sentiments remained the same in matters of love and hate? Don't we find hate, crime and vengeance in all corners of the world? Doesn't this fear of terror, of war still persist? 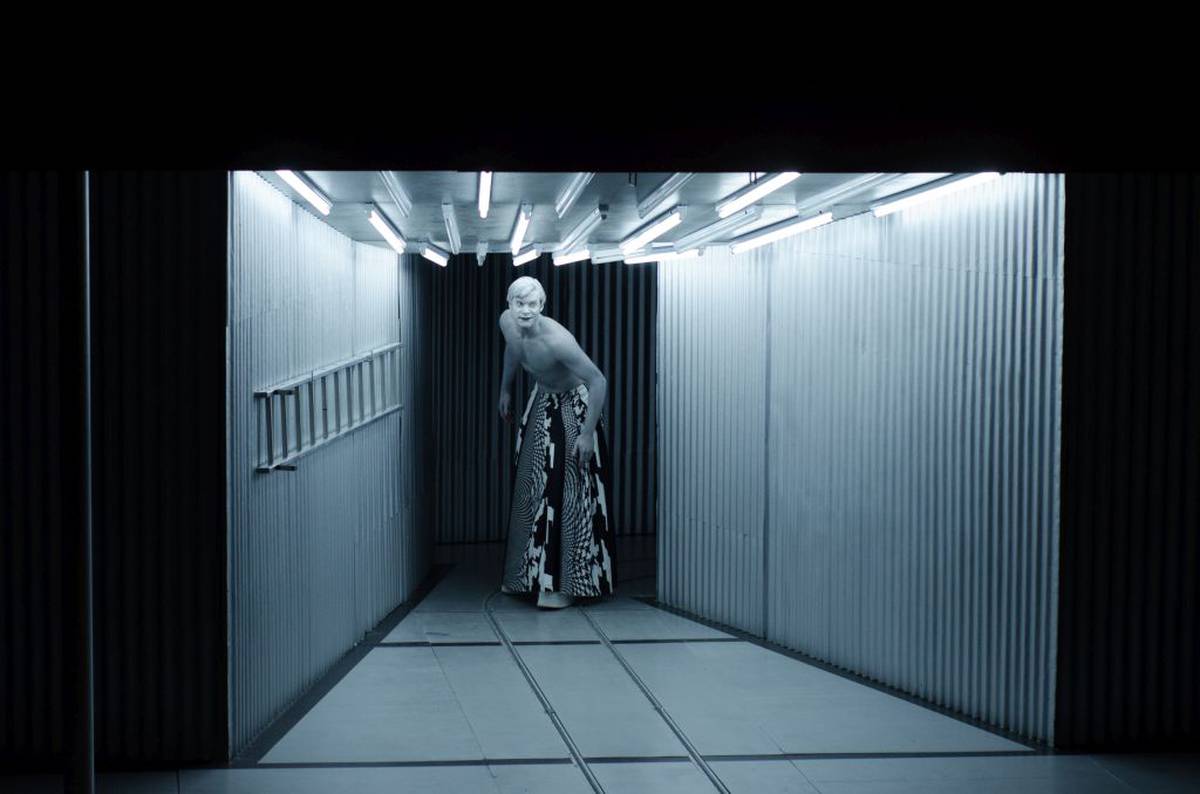 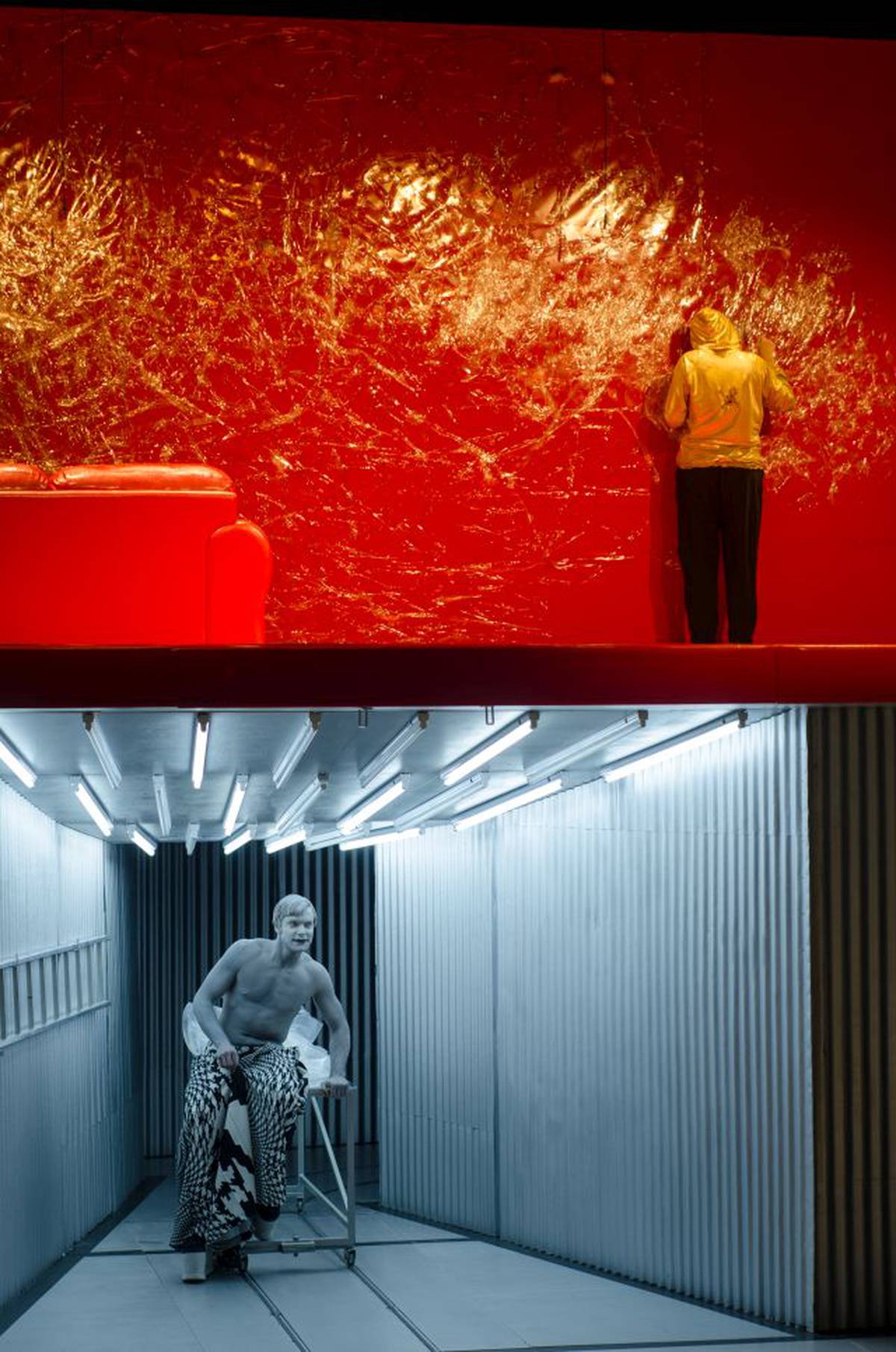 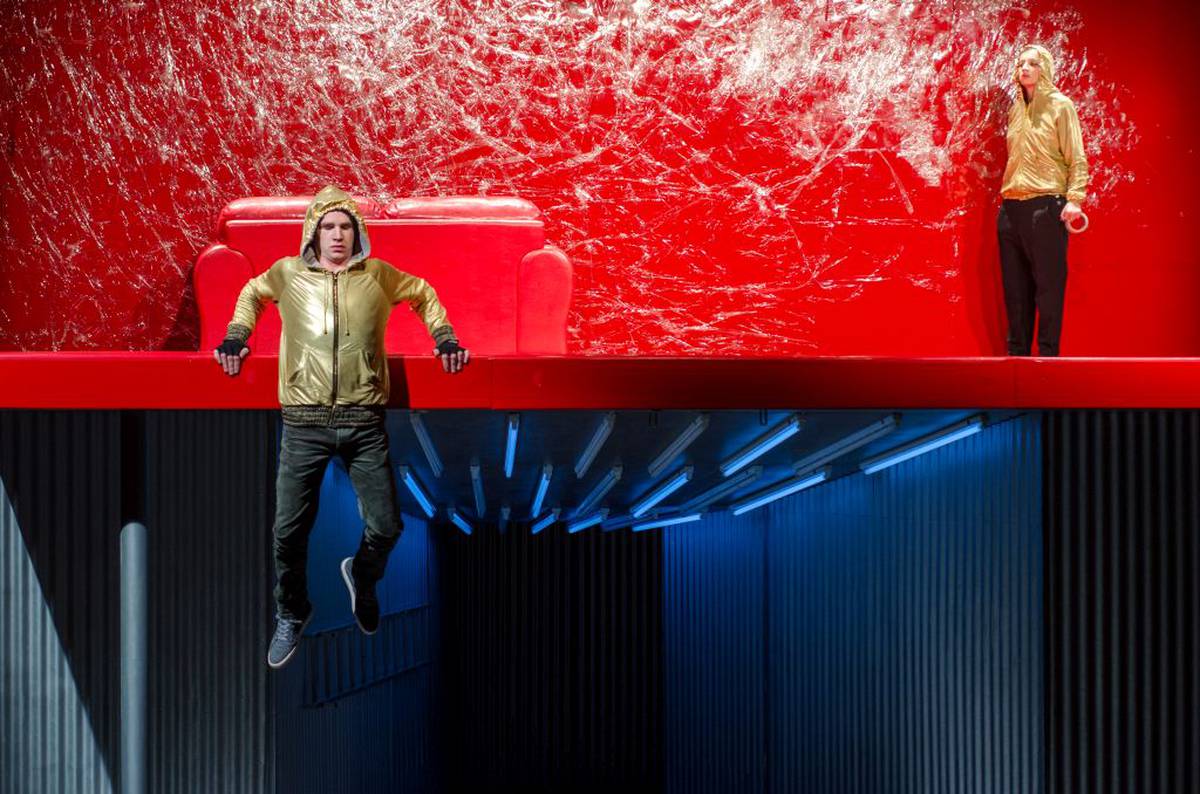 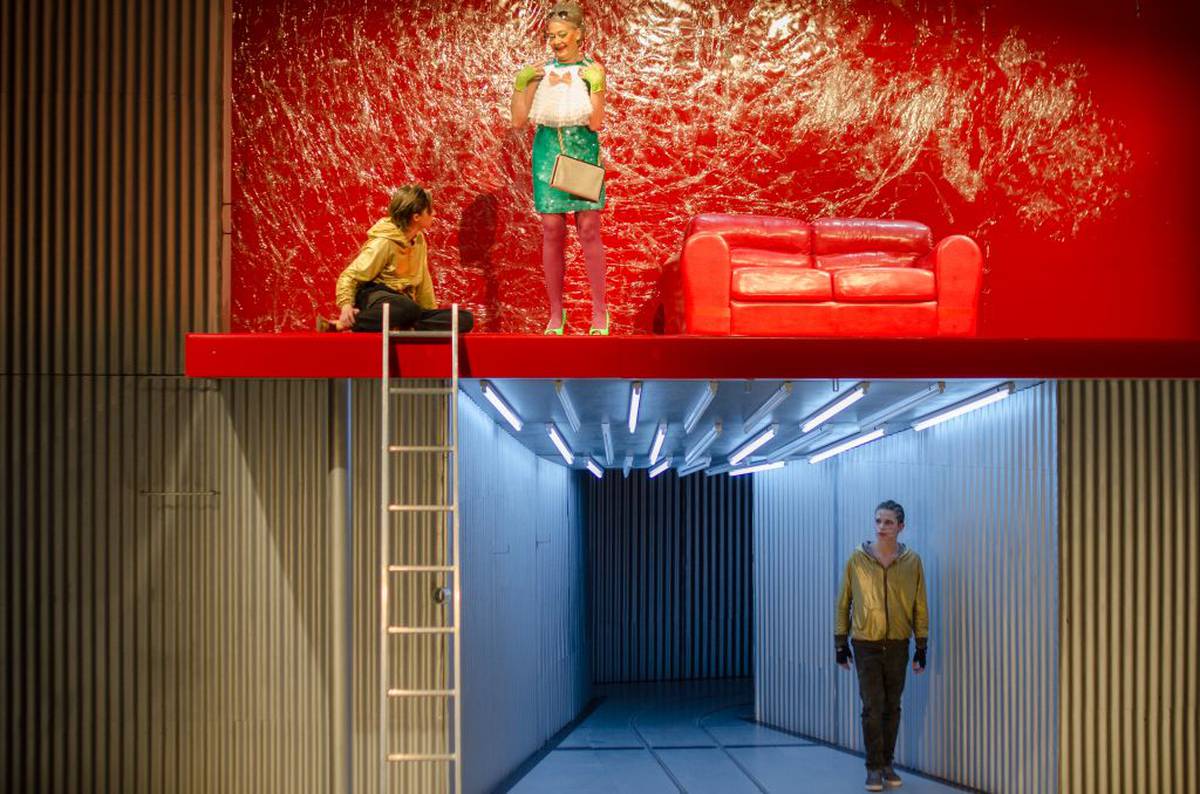 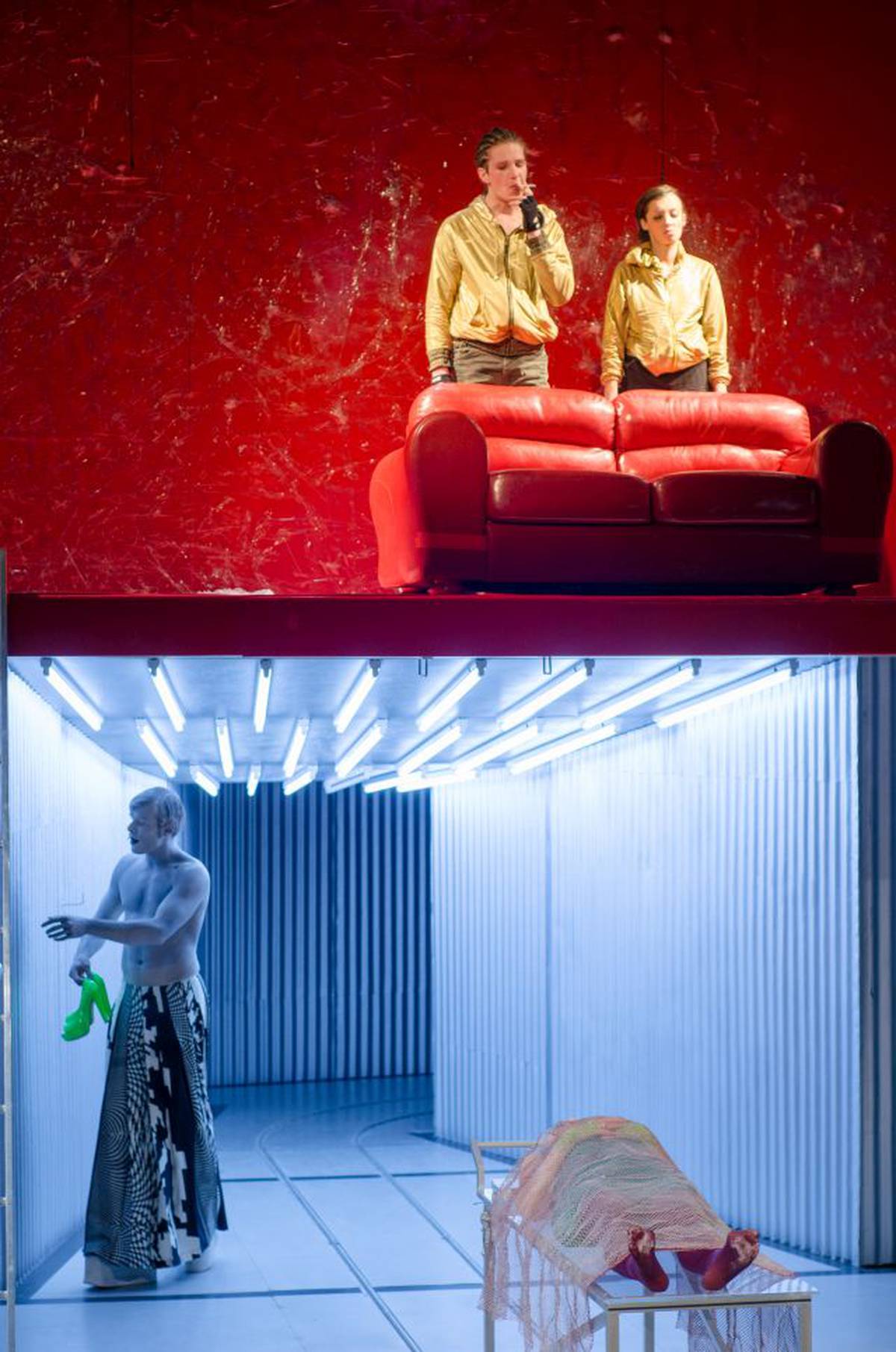 "Electra", the performance of the German Theatre, on tour in Sibiu
7 Nov 2017