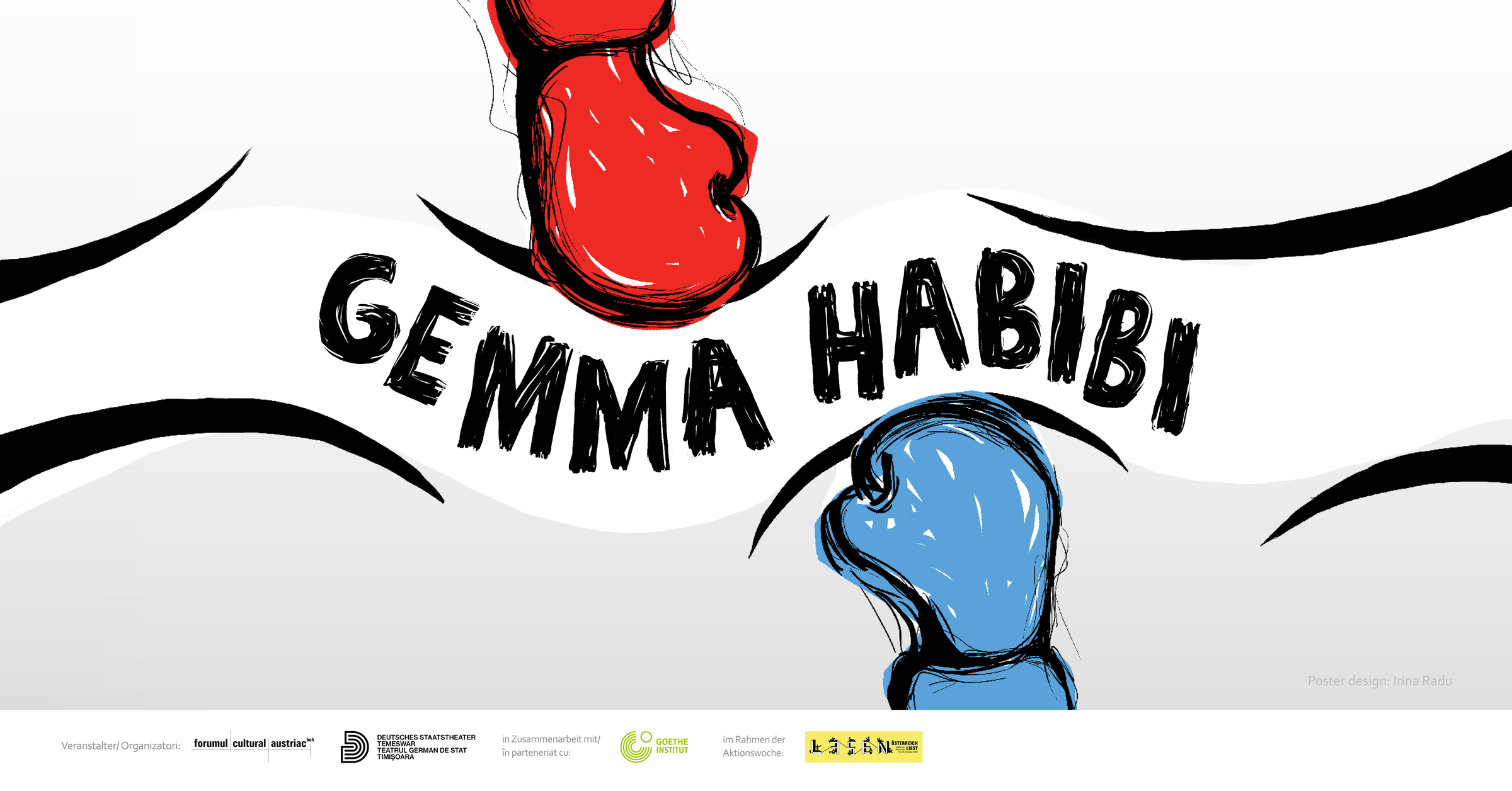 The performance will be available here: https://bit.ly/GemmaHabibiOnlineRo

Based on the novel Gemma Habibi (Ullstein, 2019), Robert Prosser, alongside percussionist Lan Sticker, creates a performance which brings together rap music and martial arts.

The rhythm varies from jazz to much truculent ones, the story is compelling and a relevant depiction of our world today: devastating war in Syria, refugees flooding to Europe, social revolts. All these come together to impact Lorenz`s life, who is training for a championship. His friend Zain, the Kurdish refugee from Vienna, who everyone calls Z. dreams of a success which will make him a boxing star.

The public should expect an unusual connection between literature and music, which are bounded by breathing and language, rap and song, the percussion being well rounded, without fear of improvisation. A strong, powerful performance about obsession, friendship, loyalty, new beginnings and the intense feelings a fighter experiences in the boxing ring.

Robert Prosser was born in 1983 in Alpbach, in Tirol, where he resides today, alongside Viena. He also lived in different parts of Asia, the Arab world, and England. He is an author, performer and curator. As a writer, he has published two novels Phantome (Ullstein, 2017) and Gemma Habibi (Ullstein, 2019). He won the 2017 Longlist Deutscher Buchpreis. www.robertprosser.at

Lan Sticker was born in 1995 in St. Jakob in Rosental/Šentjakob v Rožu. His passion for music started when he was very young. Since 2016 he is studying jazz percussion at the private university Anton Bruckner from Linz. He as collaborated with famous musicians – Skúli Sverrisson, Peter Herbert, Primus Sitter, and Tonč Feinig – and has already published albums with different bands – Delta Concept, Kafra, and Jade&Gold).