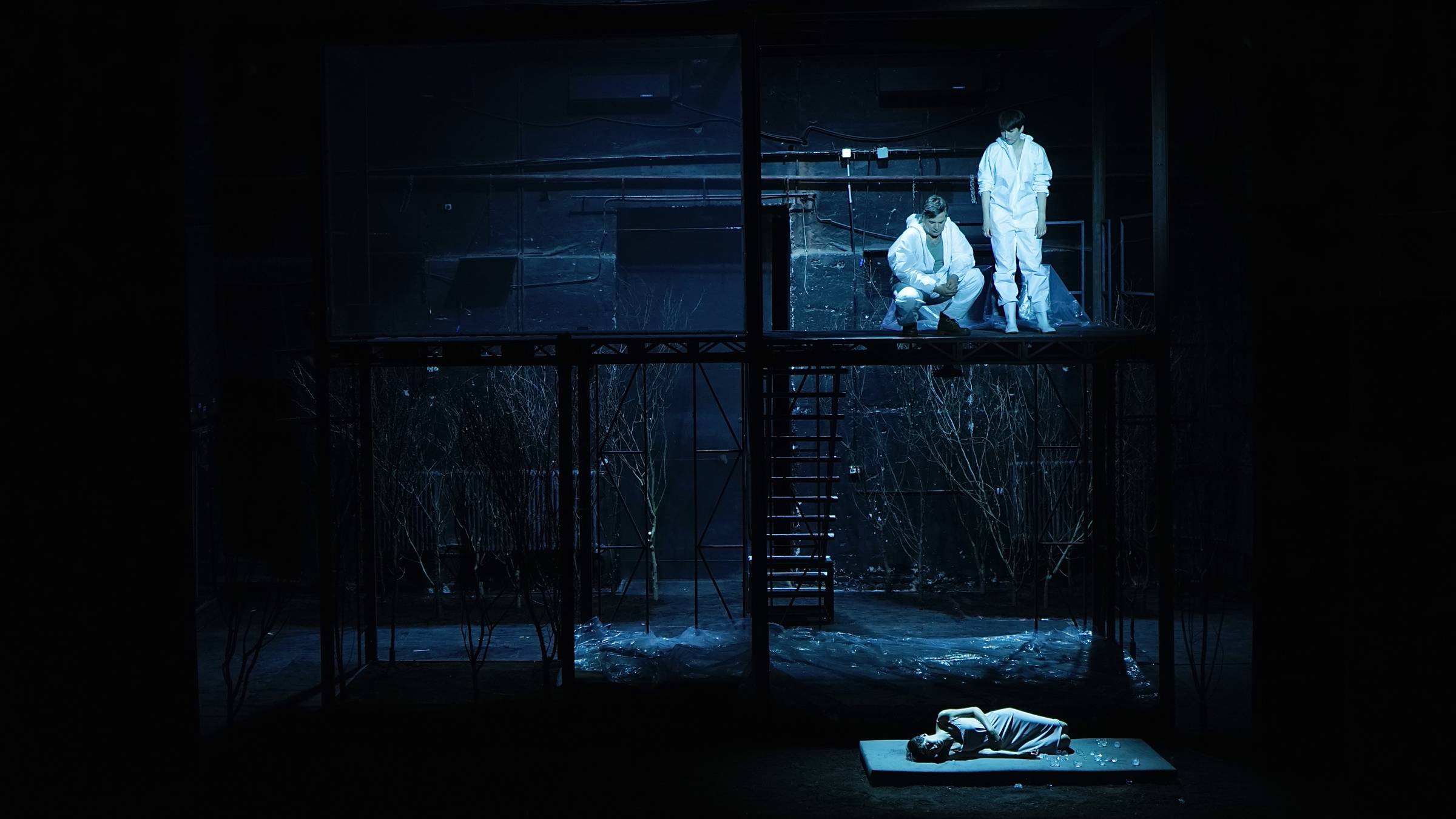 Because the number of infections with the SARS-CoV-2 virus has surpassed 6 cases/1000 people, according to the regulations mentioned at art. 4 al HG. 76 din 30.09.2021, the access in the performance hall is restricted to the fallowing:

At the same time we must remind you that the seating number oh the performance hall has been reduced to 50%.

Katzelmacher  is the story of a worker, Jorgos, a Greek immigrant who disrupts the balance of a Bavarian suburb. He is cheap work force, and his presence manages to stir the locals imagination. People are inflamed with uproar and envy. Jorgos is suspected of being a gigolo, a communist, hanged like a donkey, more virile than any man living there. One of the local girls, after she is refused by him, accuses Jorgos of rape. Another girl has a passionate relationship with him, and falls victim to the longing of somewhere else. The savageness, primitive fears and unfulfilled desires emerge once the stranger arrives. They are devoured by fear and rage. In order to keep themselves united, the members of the community attack Jorgos. Their out lash helps the group keep unity and find stability. Order is reestablished, but on the grounds of fear of alterity, distrust, guilt.