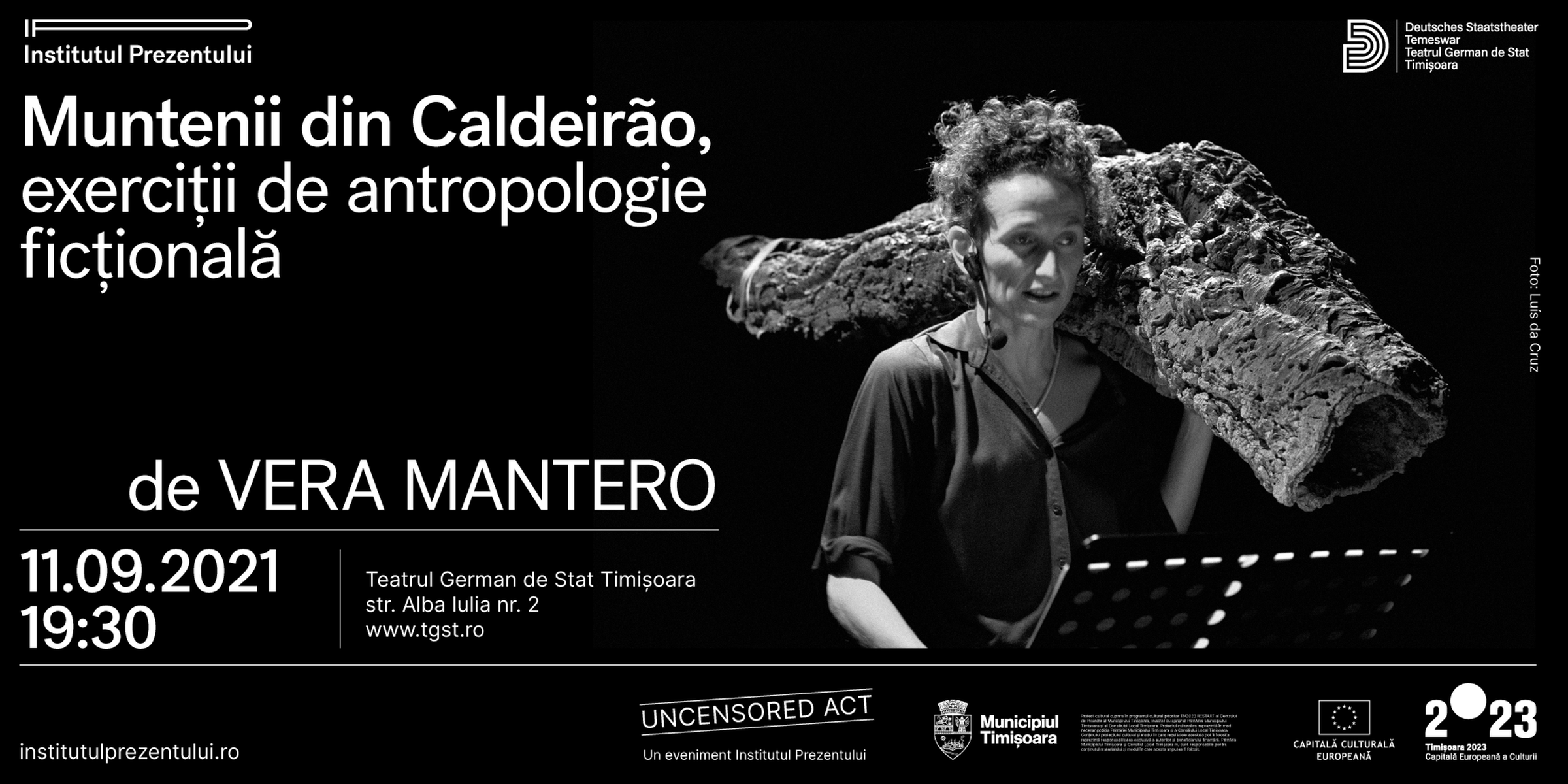 Event held in English.
Performance followed by a discussion with the audience.

The Institute of the Present (IP) launches its “Uncensored Act” long-term programme in Timișoara with a performance by internationally renowned Portuguese choreographer, Vera Mantero, presented in partnership with the German State Theatre Timișoara.

The work “The Caldeirão Highlanders, exercises in fictional anthropology,” created for the Encontros do Devir Festival in Faro, was developed around the process of desertification/ dehumanisation of the Caldeirão Mountain, in the interior of Algarve (south of Portugal).

The whole piece is peopled by voices that come from afar. Vera Mantero reinterprets some of the songs brought to us by Giacometti and sings them to the workers she found on the mountain, reclaiming lost traditions, trying to re-enact them. But it is not just the music that is here at stake, it is also the spoken Word and the Earth; the words of an Antonin Artaud in combustion, of a Jacques Prévert hammered in the way of sound poetry (his words on ruins combining perfectly with the images of ruins I found on the mountain). The piece sheds a look on Giacometti’s precious musical (re)collection, on traditional rural practices and livelihoods, on oral cultures from the north to the south of Portugal and also from other continents, such as the references to South American native tribes brought to the piece through the research of anthropologist Eduardo Viveiros de Castro.