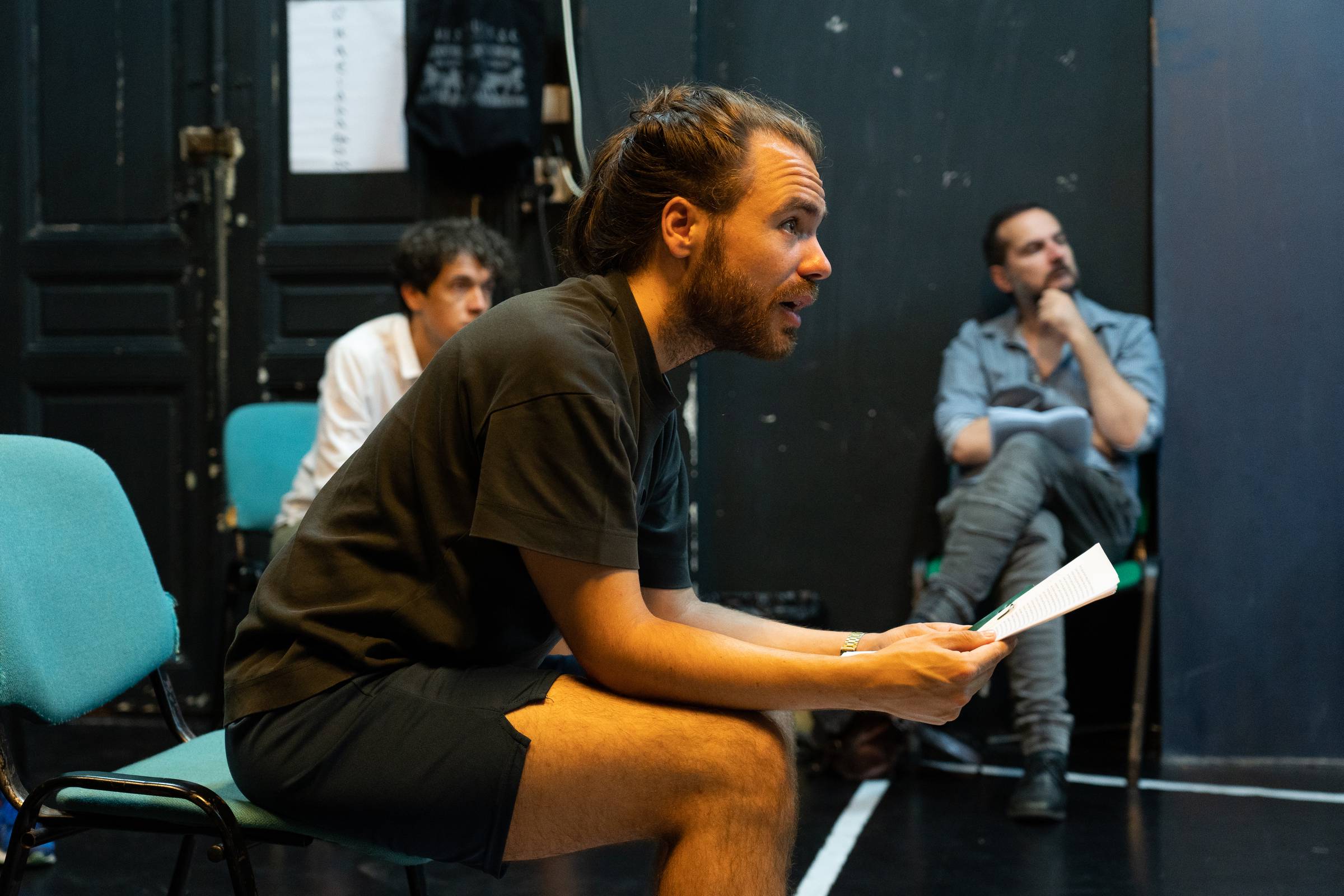 From 1 to 16 September, the 27 actors and actresses of the German State Theatre Timisoara will participate in a two-week vocal and speech training course. The course is led and designed by Tim Schüler, language researcher and speech therapy teacher at the renowned Academy of Performing Arts "Ernst Busch" in Berlin. He is also a freelance speech therapy trainer.

Tim Schüler has been a regular guest in Romania since 2015 and has repeatedly supervised rehearsal processes at the German Section of the Radu Stanca National Theatre in Sibiu. "It is a great pleasure for me to be in Timisoara this year," he says. So far, Tim Schüler has accompanied various rehearsal processes in collaboration with directors such as Alexander Riemenschneider, Armin Petras and Herbert Fritsch. He has also taught at various theatre schools, such as the Max Reinhardt Seminar in Vienna and the Felix Mendelssohn Bartholdy Faculty of Music and Theatre in Leipzig.

His voice training is based on the "gestural speech" method developed at the Ernst Busch Academy of Dramatic Arts. In the morning, the actors do body and vocal exercises, working in a group. In the afternoon, they transfer what they have experienced into individual work on the text that will be recited later on stage. The aim is for them to speak with their whole body. The voice is the extension of the body with which they act.

When working with the text, the aspects learned in the exercises are applied to thereciting of the text. Foreign texts should not just be recited, but have to be interpreted and experienced in a sensorial way. Tim Schüler: "Impression changes the thought process of actors. Thought changes the body. So the voice and expression of the actors sound different."

"Humans. For Sale", the TGST performance, invited to the 32nd edition of the National Theatre Festival
23 Sep 2022