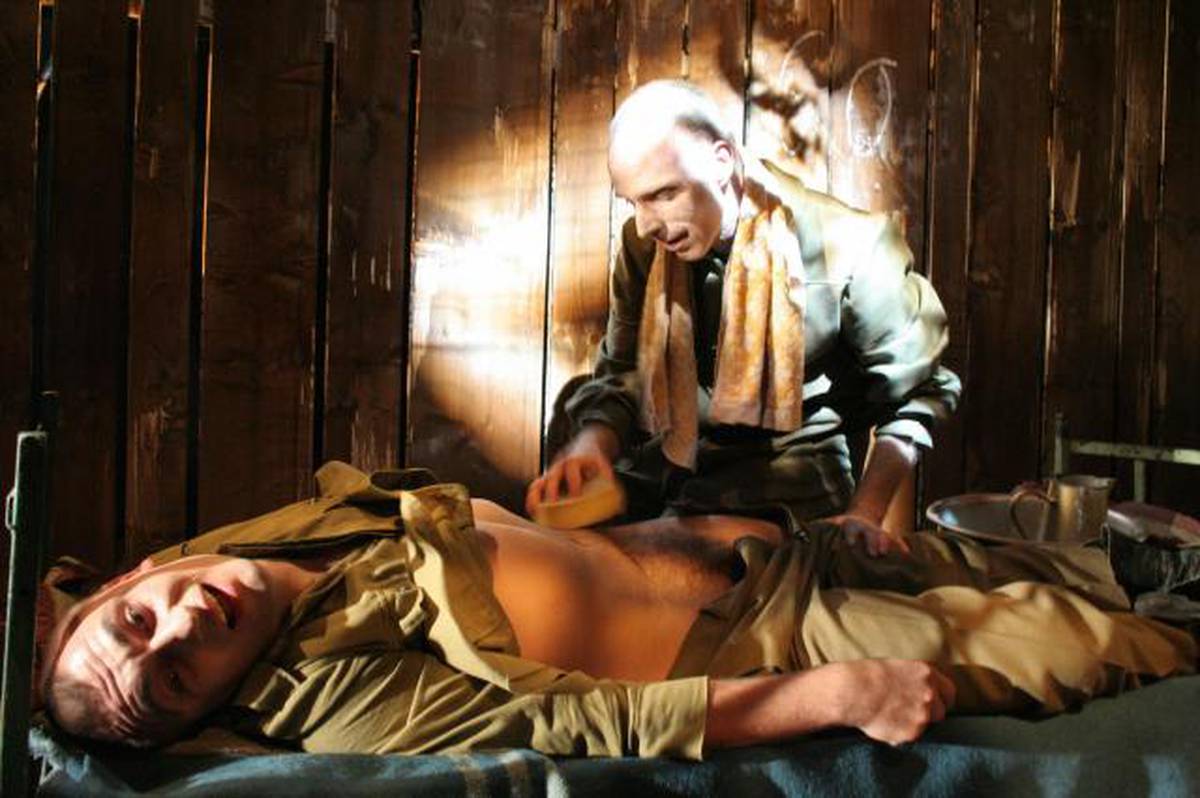 Playwright BARRY COLLINS was born in 1941 in Halifax, West Yorkshire, where he also lives in the present day. Prior to committing his talent to writing plays, he worked for seven years as a journalist. Other plays written by Barry Collins include: And Was Jerusalem Builded Here?, The Strongest Man in The World, Toads and The Ice Chimney. Furthermore, he wrote scripts for radio and television shows.

The text "JUDGMENT" was first introduced to the public in 1974, Peter O'Toole having the leading part, during a theatrical performance at Theatre Royal in Bristol. One year later, in 1975, London hosted its world premiere. Since then, the play has been translated into ten languages and has been staged in more than 20 countries.

Seven Russian officers captured in the war are locked in the basement of a deserted monastery. After horrendous experiences exceeding the limits of what is humanly bearable, one of the two survivors will face trial. A true story, in which cannibalism becomes a pretext to analyse the intricacies of the human being, to explore the limits in situations challenging any limit and the atrocities of war.

Barry Collins' Judgment is based on a true historic fact reported by George Steiner in The Death of Tragedy and by Aleksandr Solzhenitsyn in The Gulag Archipelago: a few Russian officers become prisoners during the Second World War and are locked away by the Nazi soldiers, deprived of clothing and food, in a monastery in Southern Poland. The last two officers manage to survive by eating their comrades, and are freed two months later by the Red Army. They are now completely alienated and, once they are fed, they are executed so that the soldiers do not see the extent to which their superiors have degraded as human beings. Barry Collins builds his text on the premise that one of the two officers, Captain Andrei Vukhov is mentally sane at the time of his release and he is brought before Court Martial in order to account for his actions. His defence begins with a confession: "I plead guilty". The text reveals itself as an atrociously vivid account due to its lack of pathos or any other form of hypocrisy, and due to the straightforward manner in which the character provides the dates and the facts. These facts, regardless of the initial shock it may cause, are reduced to ordinary.

The text reveals how natural, how humane, how compelling is, in fact, the struggle for survival, and also the fact that this struggle can be debated upon only by totally discarding labelling, categorizing and especially making judgments.

Vuchov's confession contains a troubling question, left without an answer and which, on the contrary, raises other questions in the reader's mind. Cannibalism is a mere pretext to emphasize the complexity of the human being, to debate upon setting boundaries in limit situations, upon the atrocities of war and, in particular, upon the right to judge.

Alexander Hausvater was born in Bucharest, and emigrated in 1959, together with his parents, to Israel. He studied in Tel Aviv and Dublin and produced highly acclaimed performances on numerous national and international stages. He spent a part of his life in Canada, where he managed several theatres. He directed over 150 performances, from Israel to the U.S.A., Canada and Eastern Europe. We will mention just a few: And They Put Handcuffs on the Flowers", "Molière" by Bulgakov, "Medea", "Antigone", "As You Like It", "King Lear", "Hamlet", "Richard III" de Shakespeare, "Uncle Vanya" by Chekhov, "The Chairs" de Ionesco. He made stage adaptations for Dostoyevsky's "Crime and punishment" and "The Decameron". He is, among others, the author of the play "Solzhenitsyn".

In Hausvater's vision, the script is a pretext or a guiding line, forming a principle applied both to classical texts, as well as to contemporary ones. In addition to his rich stage management activity, Hausvater also lectured at acting faculties in Montreal, Michigan, Tel Aviv, Moscow and Ottawa.

Still at the German State Theatre in Timişoara, he staged Shakespeare's "Cymbeline", in 2004.

"It is impossible to witness a performance such as Barry Collins' Judgment, directed by Alexander Hausvater, to experience the 80-minute staging of the play without feeling yourself disturbed and shaken to the core. (…) It all relies on an historical fact: seven Russian officers are taken prisoners during the Second World War."


Excerpt from: The Daily Agenda, April 7th 2007, Partakers in the Judgment on Good Friday, by C.D.Tomov
"Playing Captain Vukhov's role, actor Georg Peetz achieves a major tour de force as his role is, essentially, that of a storyteller, which might actually kill the drama. However, quite the opposite, with his act abounding in genuineness and nuances, seemingly bringing him closer to the audience, Georg Peetz turns a terrifying story into a tragedy comparable to the one around Medea. (…) Major Rubin's silent part is acutely performed by Radu Miodrag Vulpe."

"The way the main character is constructed allows us to discover the entire complexity of an actor: the acting manner of Georg Peetz is a rough one, and yet a sample of virtuosity, the performer mastering to perfection the means of expression of speech and body language."


Excerpt from: Allgemeine Deutsche Zeitung, April 13th 2007, On the sentimental disagreement over survival, by Balthasar Waitz 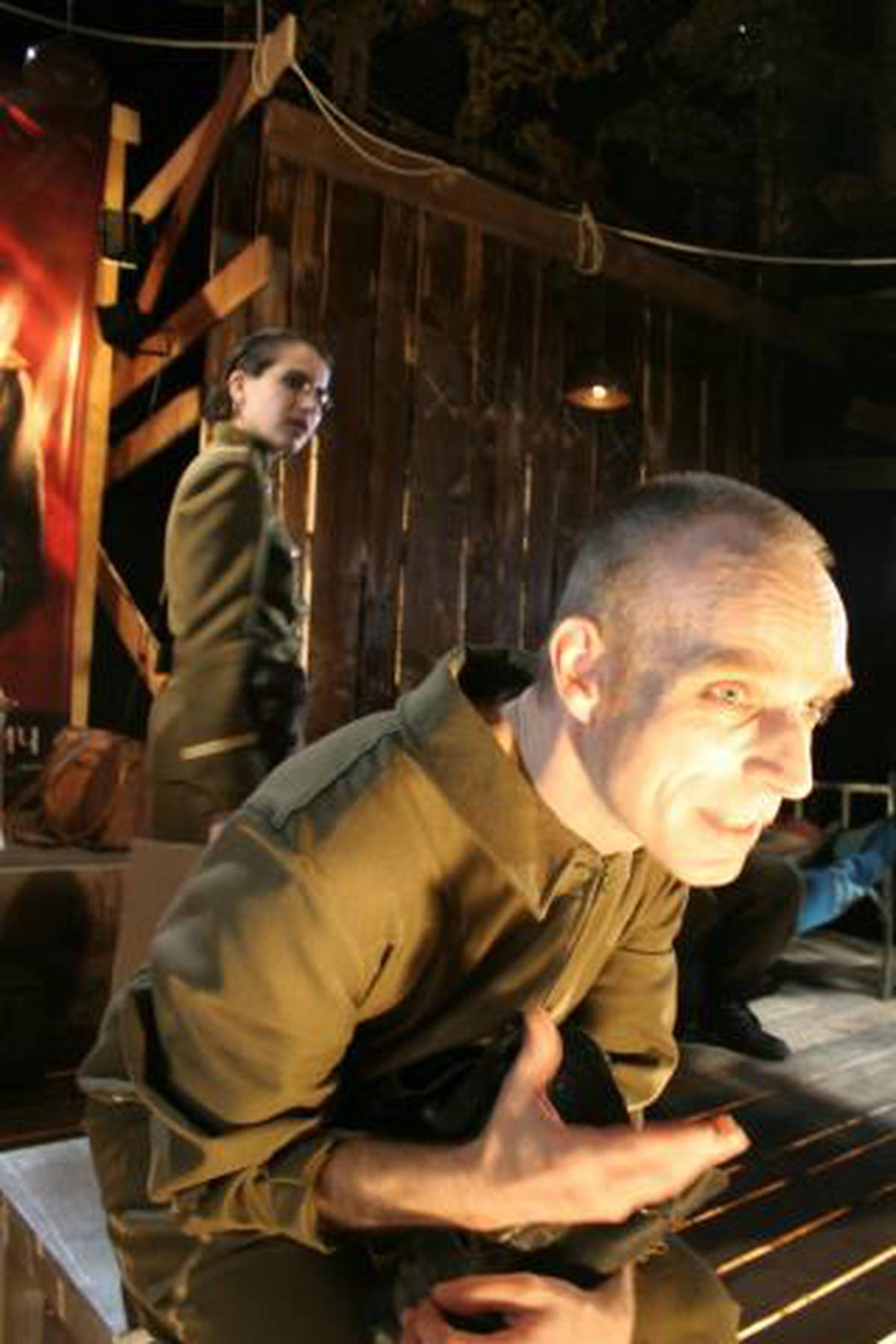 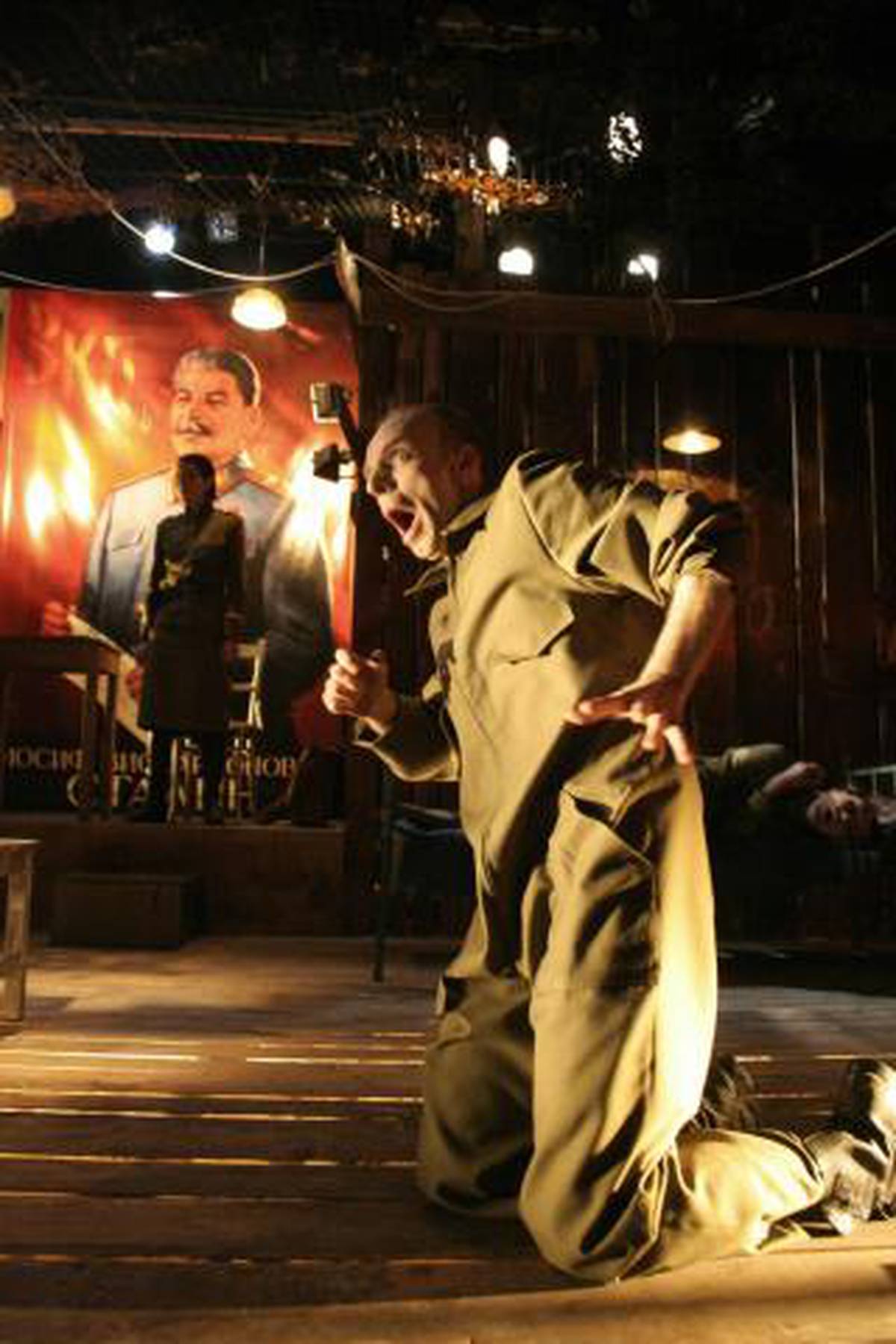 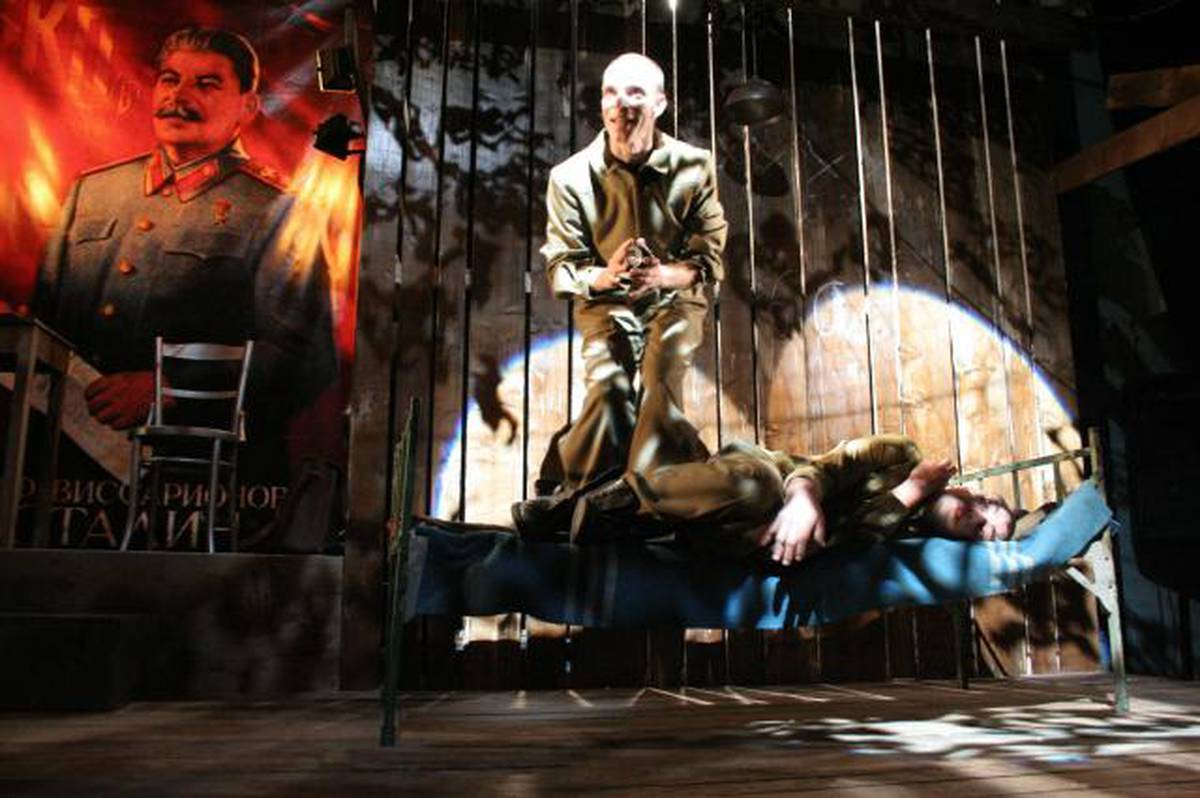