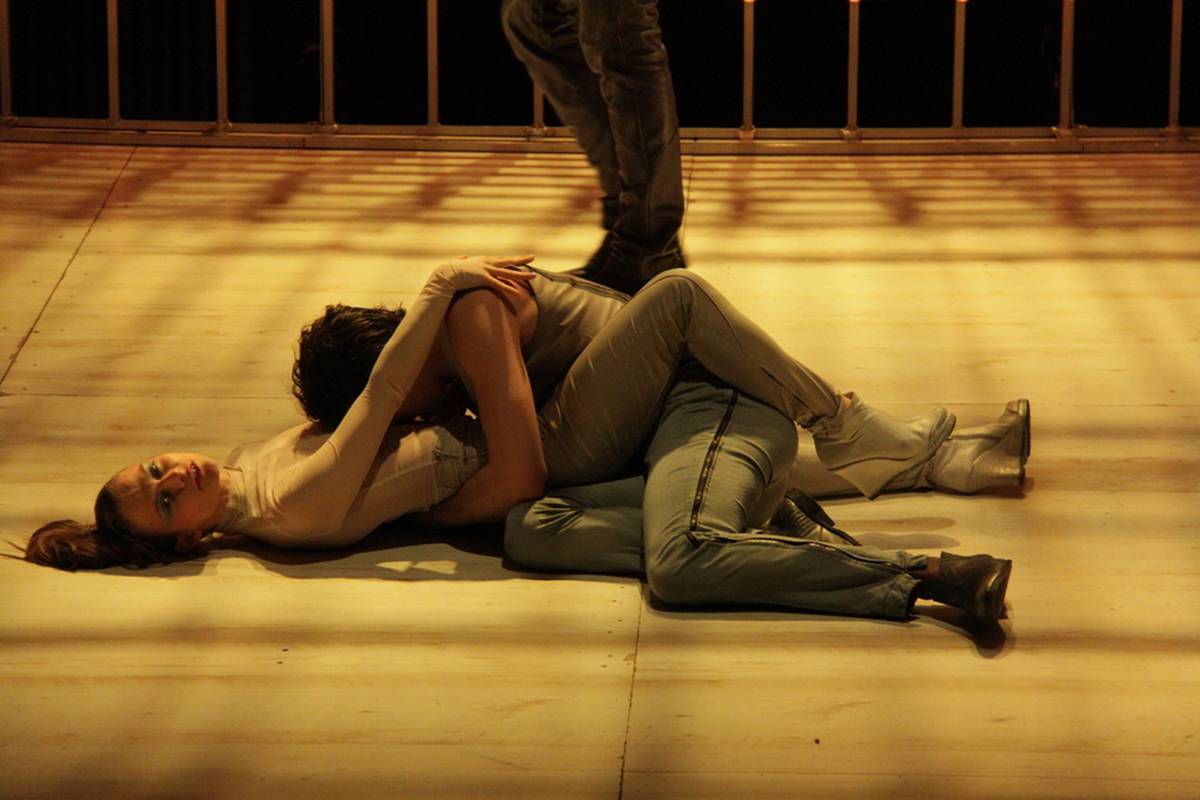 Lette is ugly, but unaware. One day he finds that his unpleasant look is the reason for which his boss does not allow him to present his newest invention at a congress. When he realizes that beauty is not in the eyes of the beholder and after his own wife avoids looking at him, he decides to undergo surgery, a decision with significant consequences in his private and professional life: his competences are more appreciated and he becomes a point of attraction for female admirers. But when his face becomes a product on the market, his life takes another turn.

"The Ugly One" emerges not like a solemn piece belonging to the spiritual world of contemporaries, but as a brand new von Mayenburg. It emerges as an Anglo-Saxon boulevard comedy with dry humour, in need of minimum acting psychology, efficiently moving past jokes and gags. A play suited for London's Royal Court.

They too will do it soon enough. This kind of writing is not too unusual for me; it's more like a return to techniques, which have given me great pleasure in the past, too: my first one-act plays and, prior to that, my puppet plays. So, for me, it was neither a revelation nor the desire to accomplish something new.
[…]

So how did the transition to plastic surgery take place?

Plastic surgery functions in the play just like a magic trick. This theatrical procedure incited me: you snap your fingers and suddenly somebody becomes somebody new…

… the spontaneous transition of the three women, played by one actress, who see the same man differently each time…

… the transformation of the actor into different characters, but also the actual transformation during surgery on stage. The game consists in the fact that we are fooled as spectators and we are presented with the familiar masquerade.

The beautiful and the ugly face, before or after surgery, are the same on stage…

… differentiation occurs only in the eyes of the beholder. The principle of duality is added: since you can turn a person into another, everyone can be turned into someone else. But I'm a little saddened by the fact that I didn't think of also turning women into several Lette; to go beyond sexual frontiers. But also the principle of alteration, of illusion, the question what a physical change actually is, what is going on in the spectator's head, I got great pleasure from swimming into this pool of ideas.

It starts with the fact that Lette lives his live being ugly, but unaware.

"The Ugly One is a fresh, modern show, evoking by all means possible the unnatural character of cloning a successful recipe, which imposes appearance, clothing, the right spouse and, above all, how one should think and act. It is about the standard one should fall under according to the guide books for success in professional and private life, even if – or especially if – one is different from everybody else. The standard means ignoring the beauty of diversity and the axiom that all those who pretend to offer guaranteed recipes are, in fact, only selling illusions."

"The four people, having real existence at the beginning, become, as the action moves forward, mere exhibits, models, mannequins that brutishly enjoy their new condition, without realizing and being interested for a single moment that, strictly humanly speaking, they no longer mean anything. [...] Theodor-Cristian Popescu and his collaborators – scenographer Velica Panduru, musician Vlaicu Golcea, choreographer Florin Fieroiu, sound-designer Octavian Horvath and light-designer Lucian Moga, together with the four young actors in the cast – Alex Halka (Lette), Olga Török (Fanny), Rareş Hontzu (Scheffler), Horia Săvescu (Karlmann) – refuse the apparent simplicity of the text. They speculate its modernity (post-modernity, if you want), build and place their mark on a flawless show of post-dramatic or post-post-dramatic nature. [...] The performers act in and by a series of auditory scenes the purpose of which is to create a theatre of voices. Auditory paintings come to life, subjected to a process of framing, the operation becoming almost explicit in the final scene of the show. Generalization, non-involvement, cold treatment, the exclusion of any emotion, sacrificing the feeling for the sake of information transmission, these represent the axioms on which the staging is built. [...] I believe that the stage director and his collaborators are to be praised for having avoided those dangers and for having found the solutions that make The Ugly One a more than successful didactic demonstration." 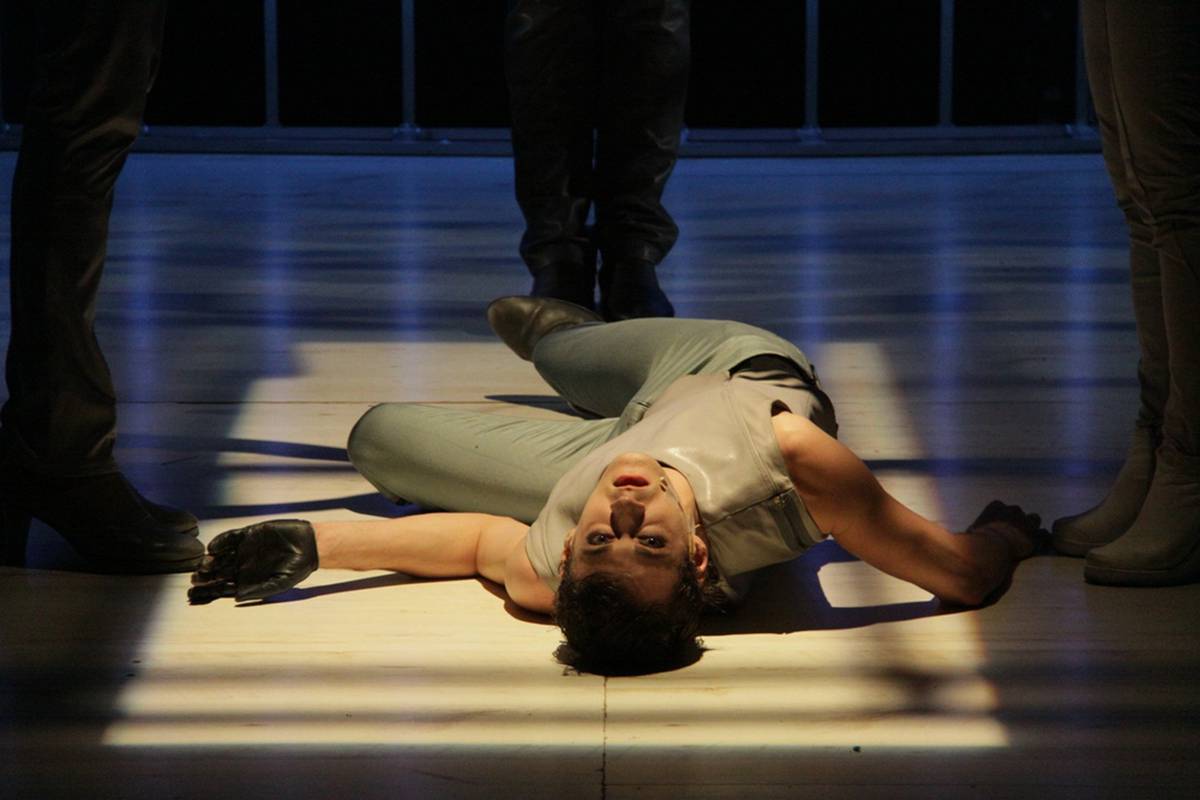 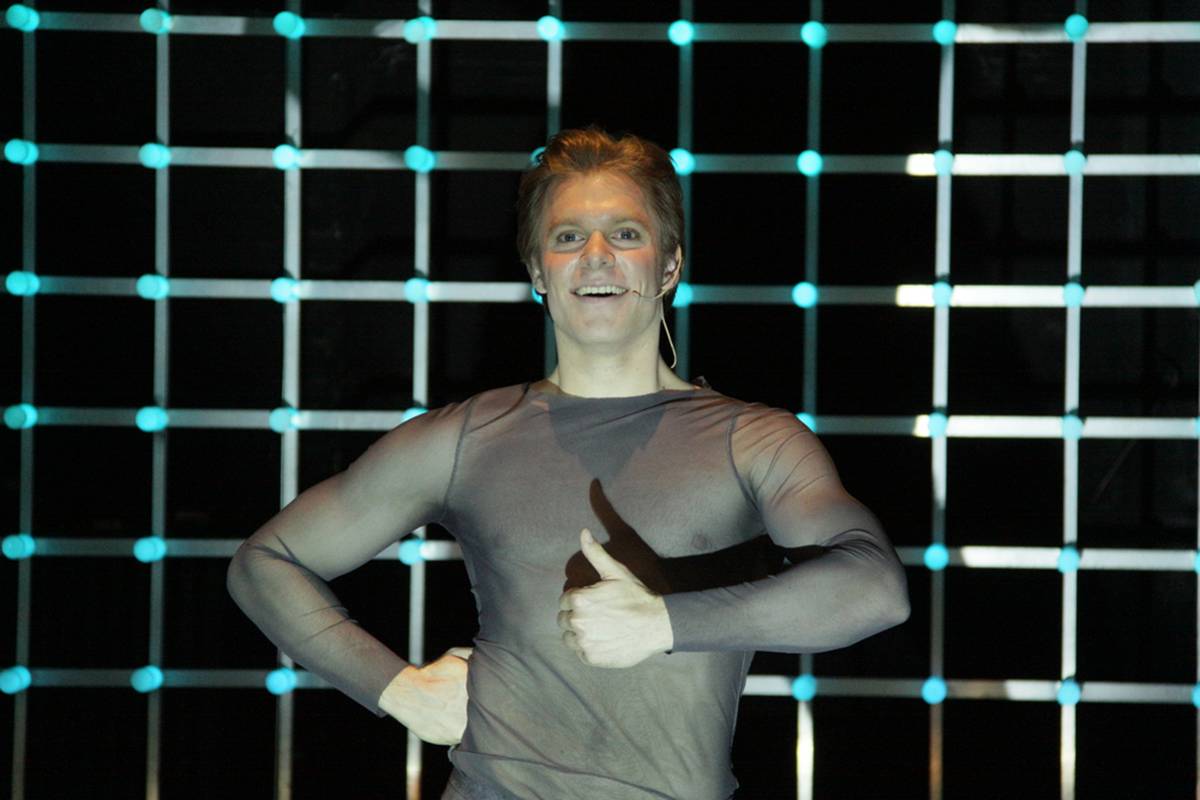 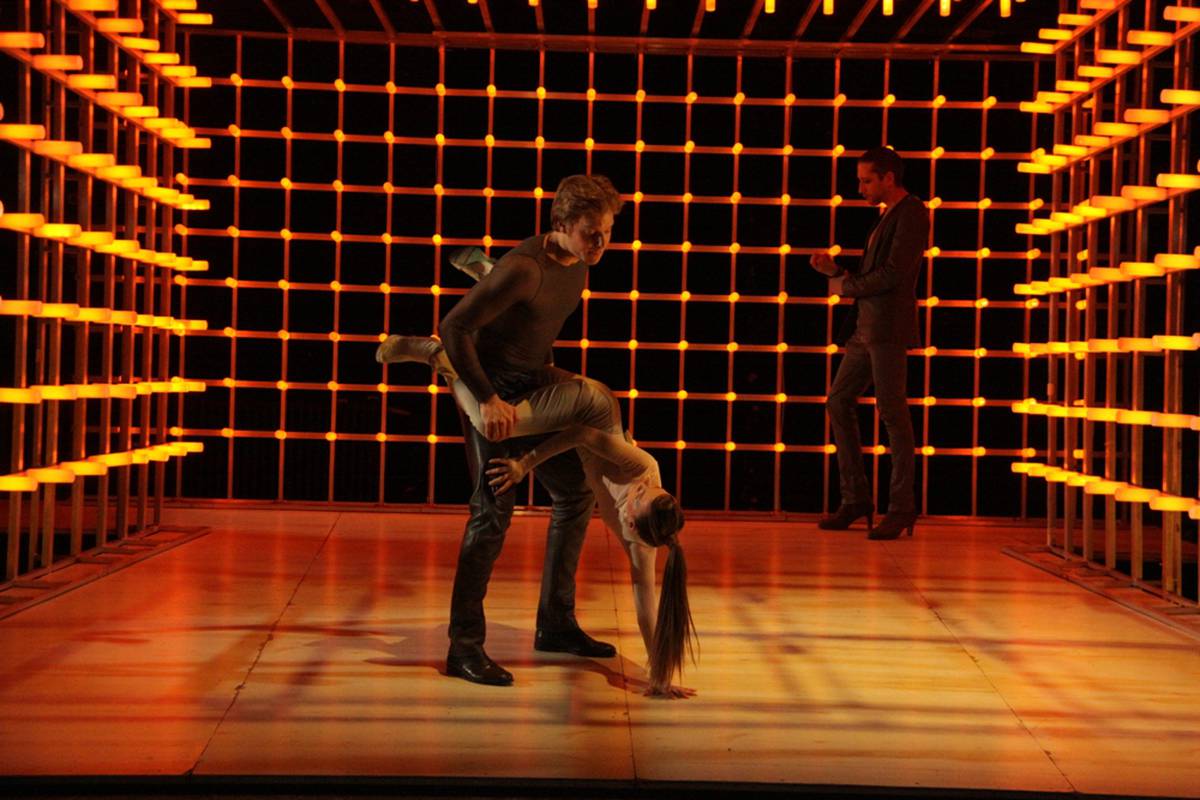 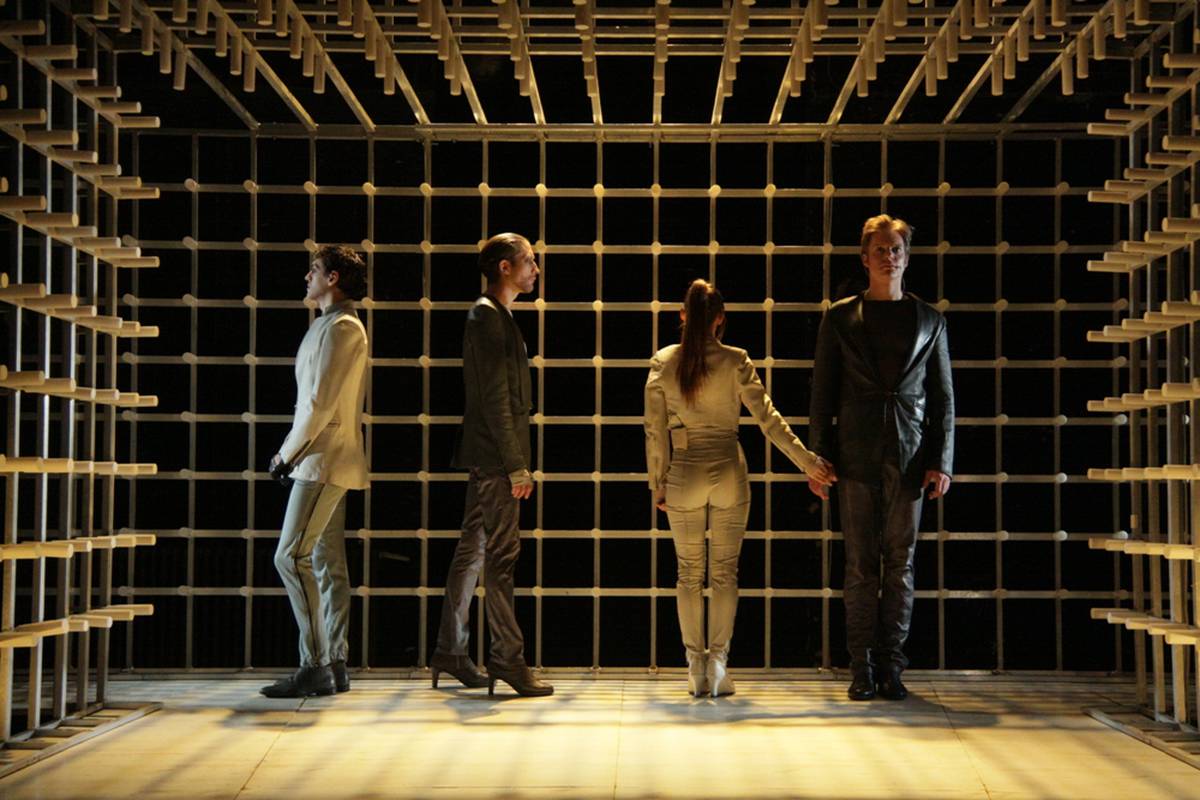 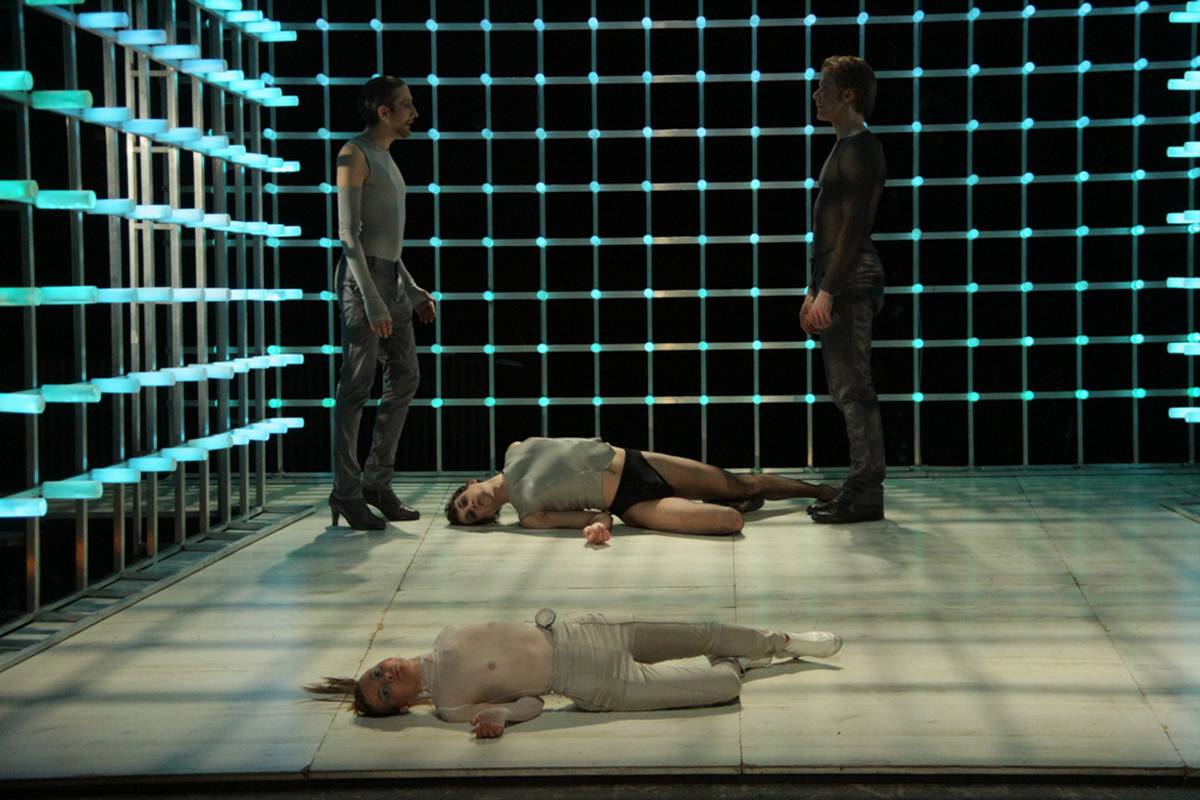 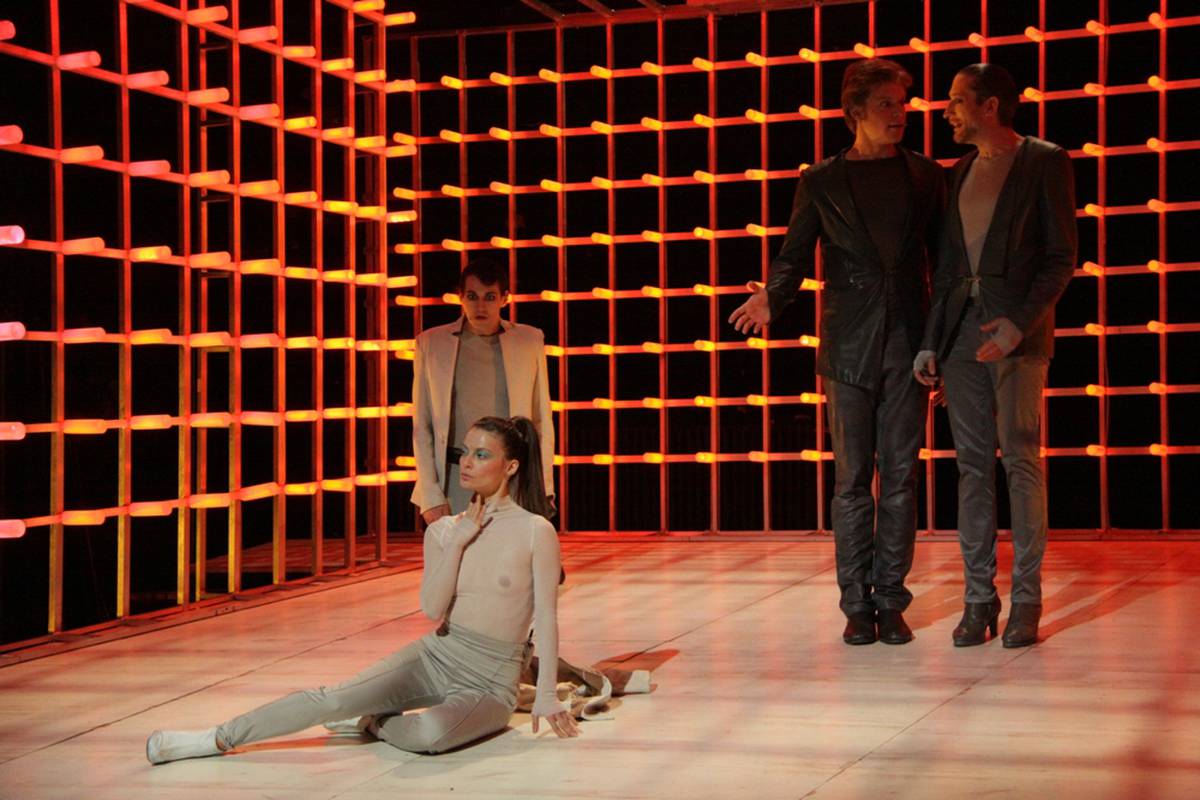 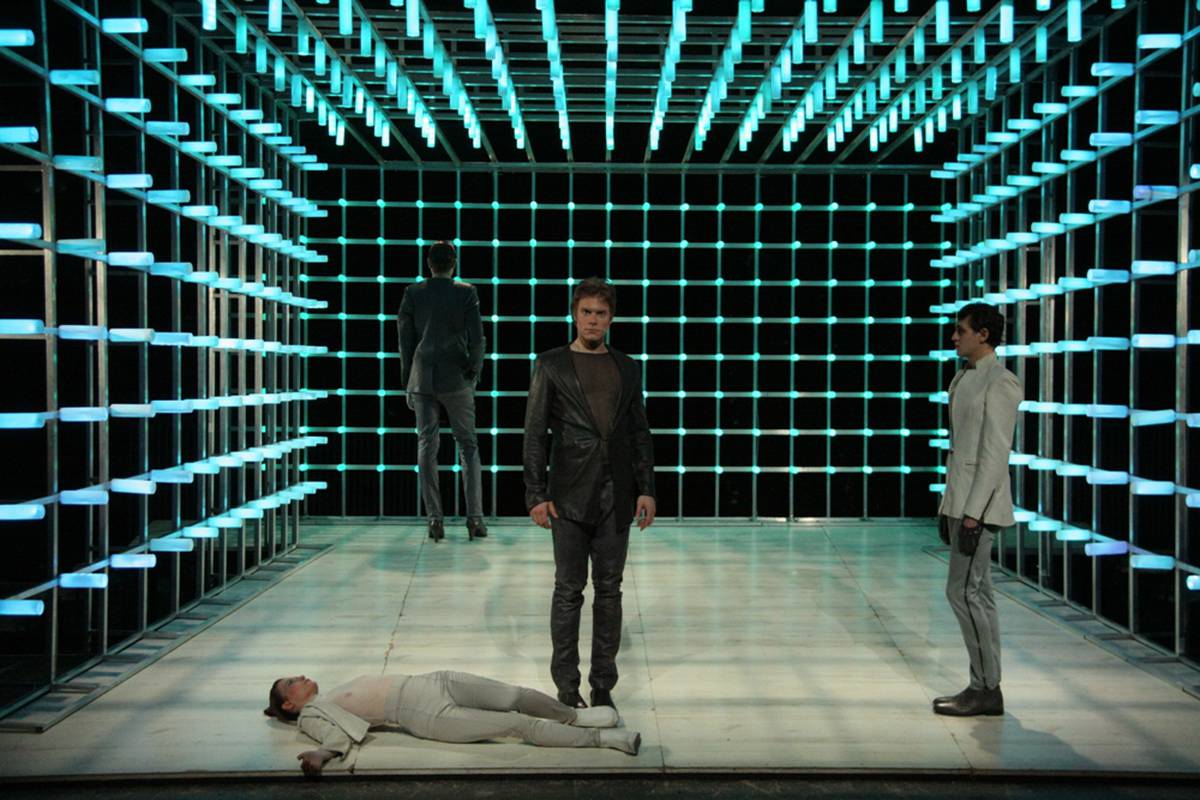 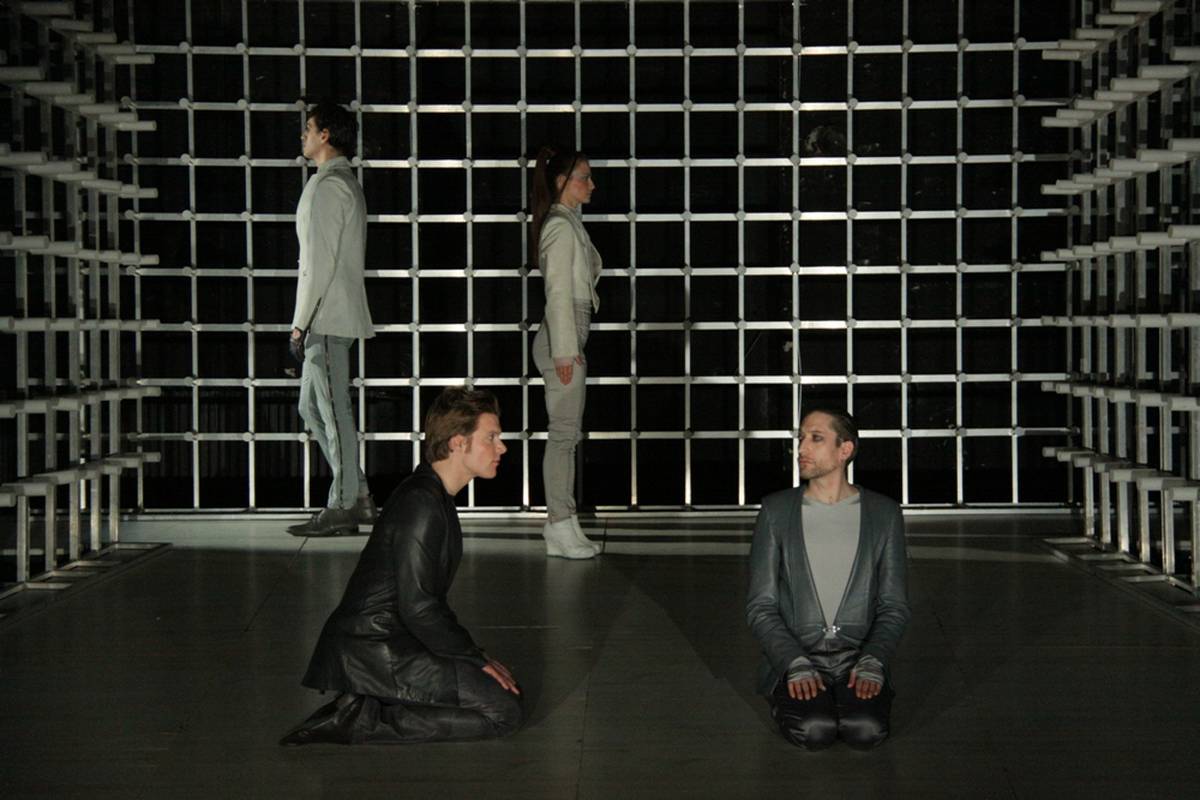 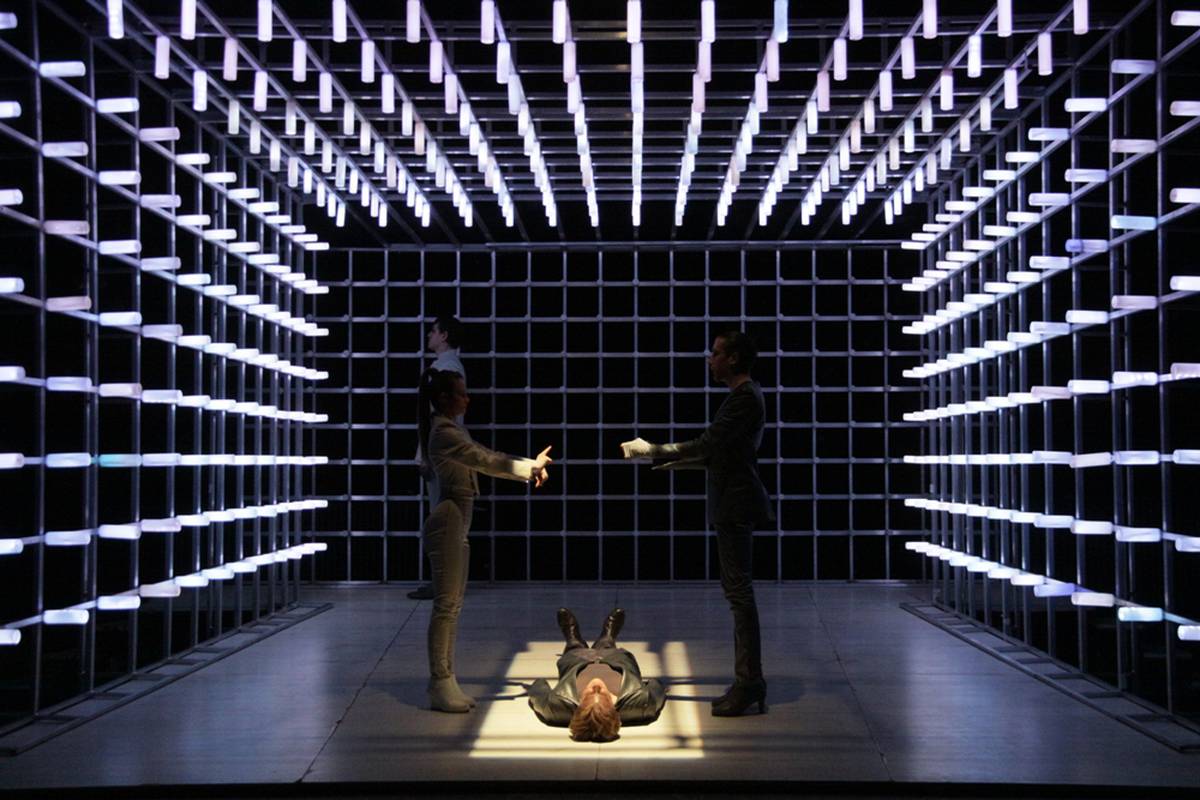