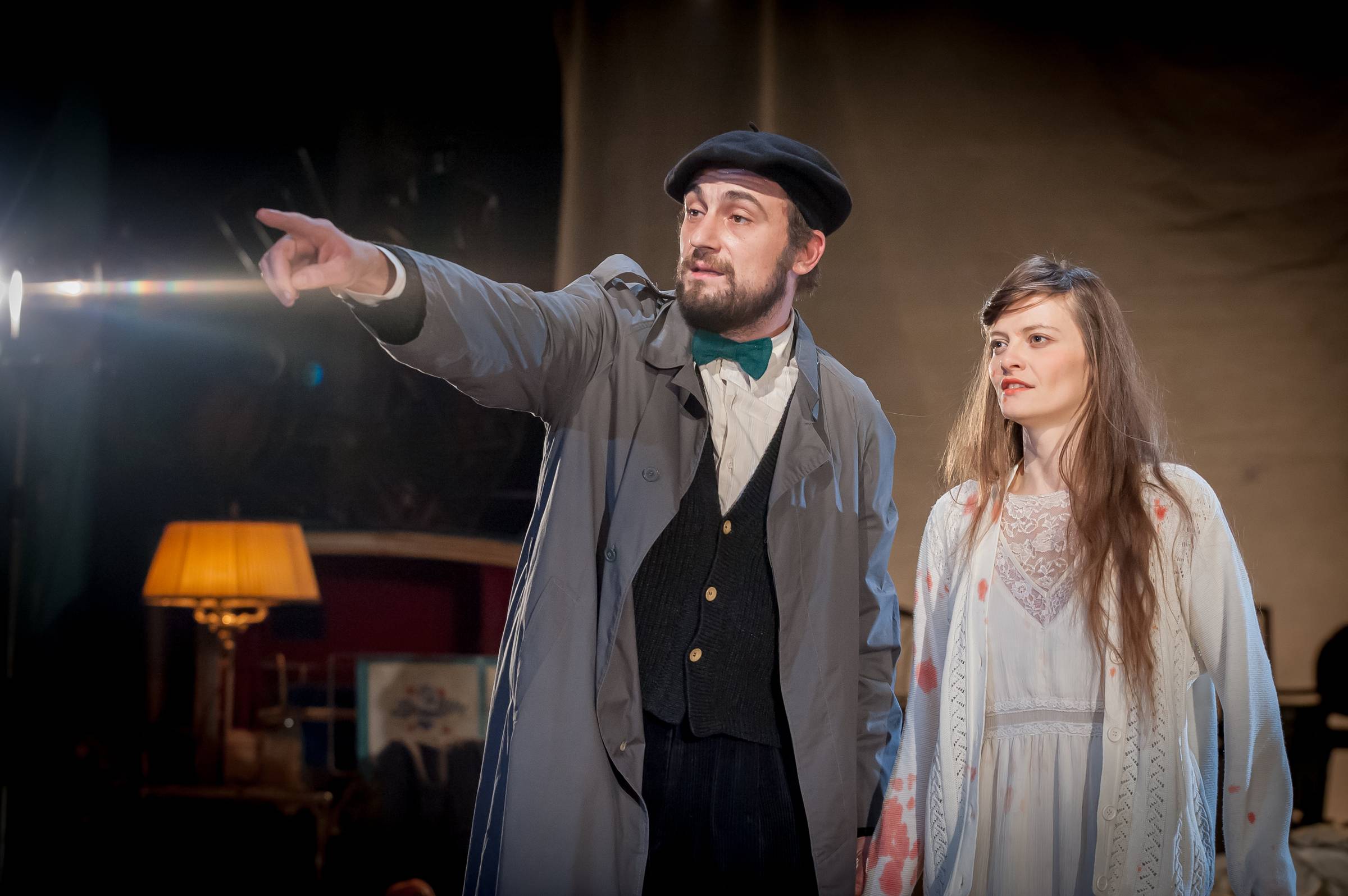 "An idea for a short story. A young girl grows up on the shores of a lake, as you have. She loves the lake as the gulls do, and is as happy and free as they. But a man sees her who chances to come that way, and he destroys her out of idleness, as this gull here has been destroyed."

On a country estate a group of people gathers around aging actress Irina Nikolayevna Arkadina. Her brother, her lover, writer Trigorin, her son who is also trying his luck in writing, his beloved Nina who is playing in his play, and the estate agents and their daughter, a doctor and a teacher. Nina who wishes to become an actress is impressed by Trigorin's success and falls in love with him. Thereby she is rocking the relationships between everybody, leading to a chain of unhappy lovers, whose love and failing to satisfy their own standards determine their lives and talks.

"How anxious and full of love they all are! The issue of the Chekhovian characters in The Seagull, subtly enhanced in the show directed by Yury Kordosnky, is that none of them is in love with the right person, and that all their love is unrequited. [...] The Chekhovian characters, audience of the first and only performance of Treplyov's play, are sparse among us.[...]

The art and wisdom of Yury Kordonsky - Who actually created this new way of thinking and performing as manifested here and now? Undoubtedly, the director Yury Kordonsky. No, Yura has nothing of Treplyov's rebelliousness. No, the director will not drain the emotion from his mise-en-scene. But he will not overuse it, nor will he overbid or beseech it. Emotion will come, naturally generated by the depth of the performance, by its humanity and the well-controlled shenanigans of the heroes.

Yura is not as cruel to the Chekhovian characters as Andrei Şerban was in his staging in Cluj or in Budapest. But he is not lenient either. Instead, the director will assume some acts of courage, indicative of the staging's originality and of its high level of novelty. The most radical choices are those relating to the way the key-characters are designed, namely the Arkadina-Zarechnaya-Treplyov-Trigorin quartet, and to the way in which the actors were cast for their respective roles. The great, pleasant surprises are indisputably the brilliant performances by Olga Török and Horia Săvescu. Actually, all the actors are very good. They are in character, they are the characters. They know what to do. And this is due to the obvious fact that Yuri Kordonski did not come to Timişoara with a show written in a notebook beforehand, with all the moves already arranged. Undeniably, even before the first rehearsal, the stage director knew very well what he wanted. He emphasized his wishes. [...] . A leading professional, Yuri Kordonsky met one of the best theatre managers in the country, Lucian Vărşăndan, as well as one of the least fastidious and most enthusiastic acting companies."

"The way in which he thought this play touched me deeply. Just like the space that scenographer Dragoş Buhagiar came up with. We discovered the energy of a COMPANY. And that's tremendous! [...] The vibration of a performance, as is this "The Seagull", comes from the rigorous, impeccable manner in which the text is uttered and assumed to its core. But it also comes from the silence of those that simply support another one's lines, his/her creation, that moment of grace which they can achieve in a most wonderful second. Kordonskiy knows how to pull the wings out of every actor. Angel wings, demon wings. Wings for flying."

"Not often do I get to see a Chekhovian performance where the stage director can lead the audience to an immense feeling of comprehension, of unexpected intimacy and empathy, and ultimately of love for theatre and respect for the “magical” relationship between spectators and heroes. [...] Now, in The Seagull, the fascination of proximity between performers and spectators creates a mutual magnetic field, an ever-challenging emotional interference or a tantalizing need to turn that physical closeness into a delicate understanding of each gesture, of movement, of words and silences, of inner life and relationships between characters. [...] The entire human universe in this show is kept away from ostentatious drama, from pretentiousness or the temptation of interpretive zeal at the expense of the whole. The skill of working with actors can be felt throughout the performance, in the difficulty of playing among and sometimes with the audience in close proximity, a persuasive guidance towards simplicity of interpretation, sometimes a little harsh, sometimes gentle and hilarious.” 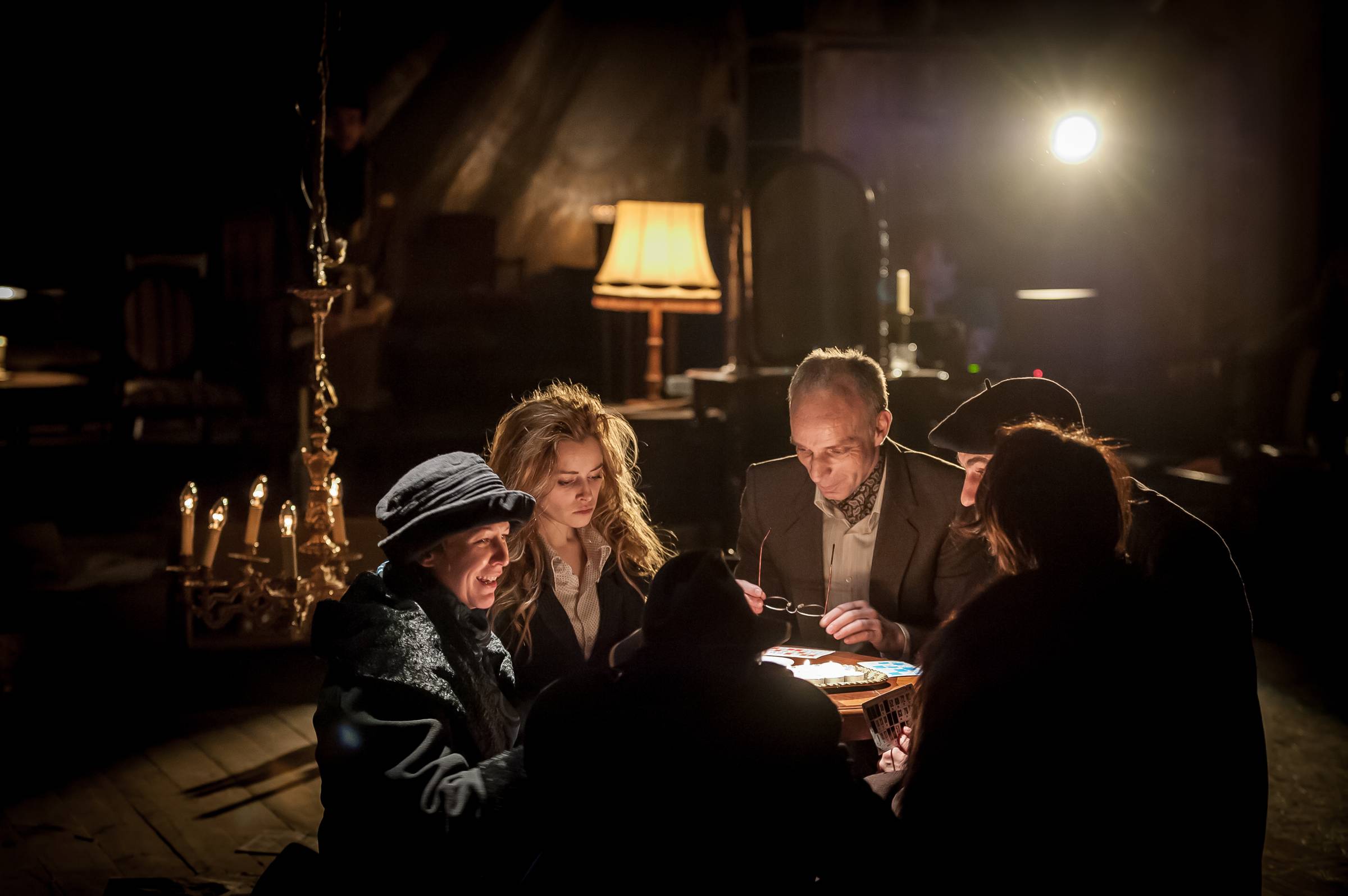 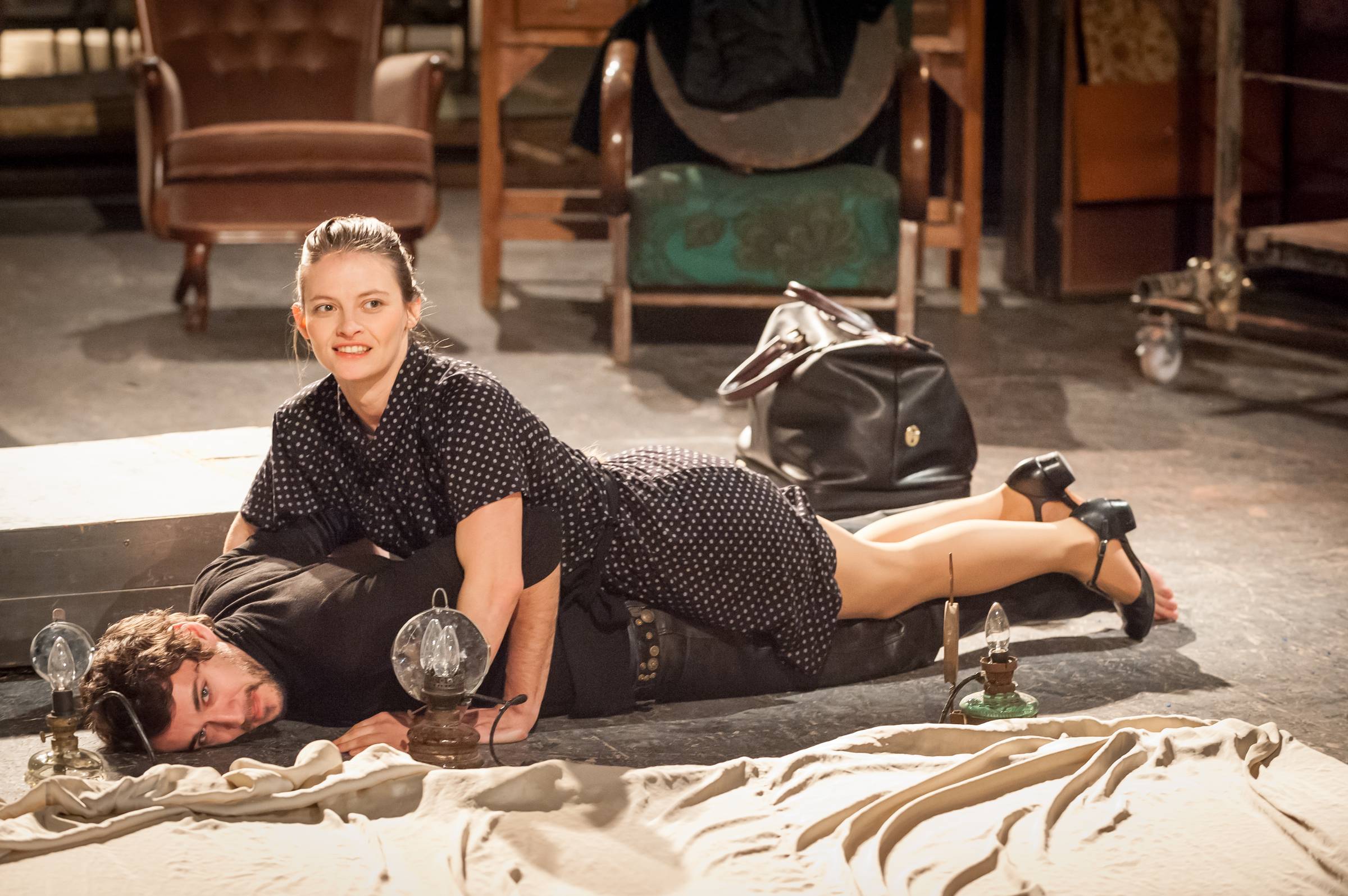 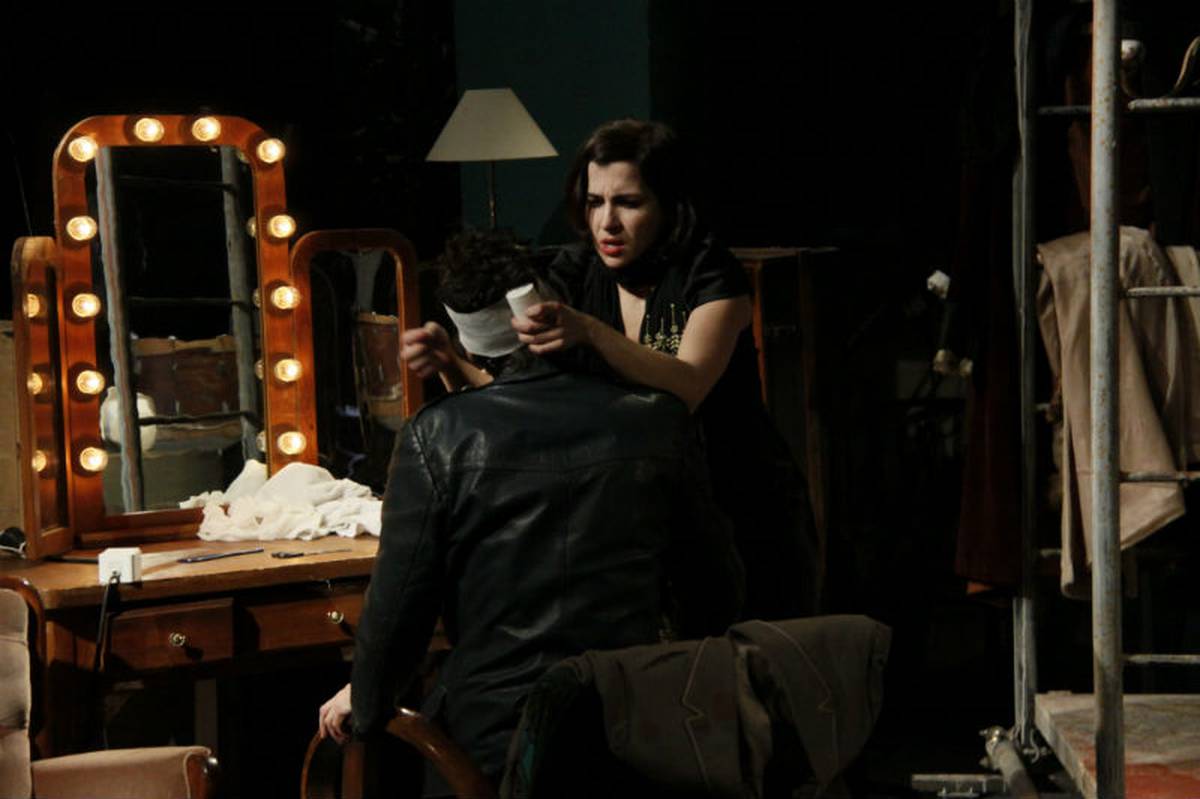 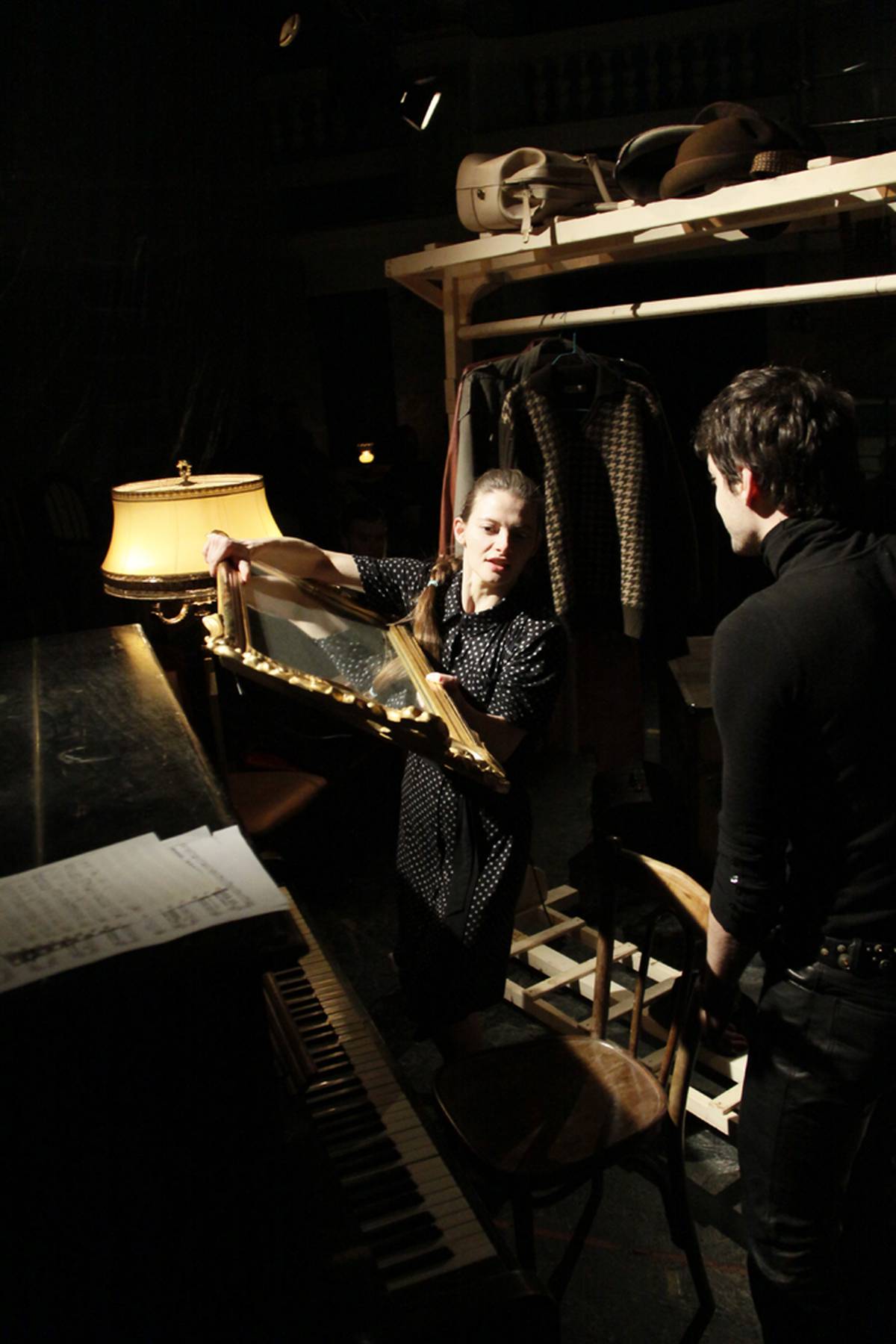 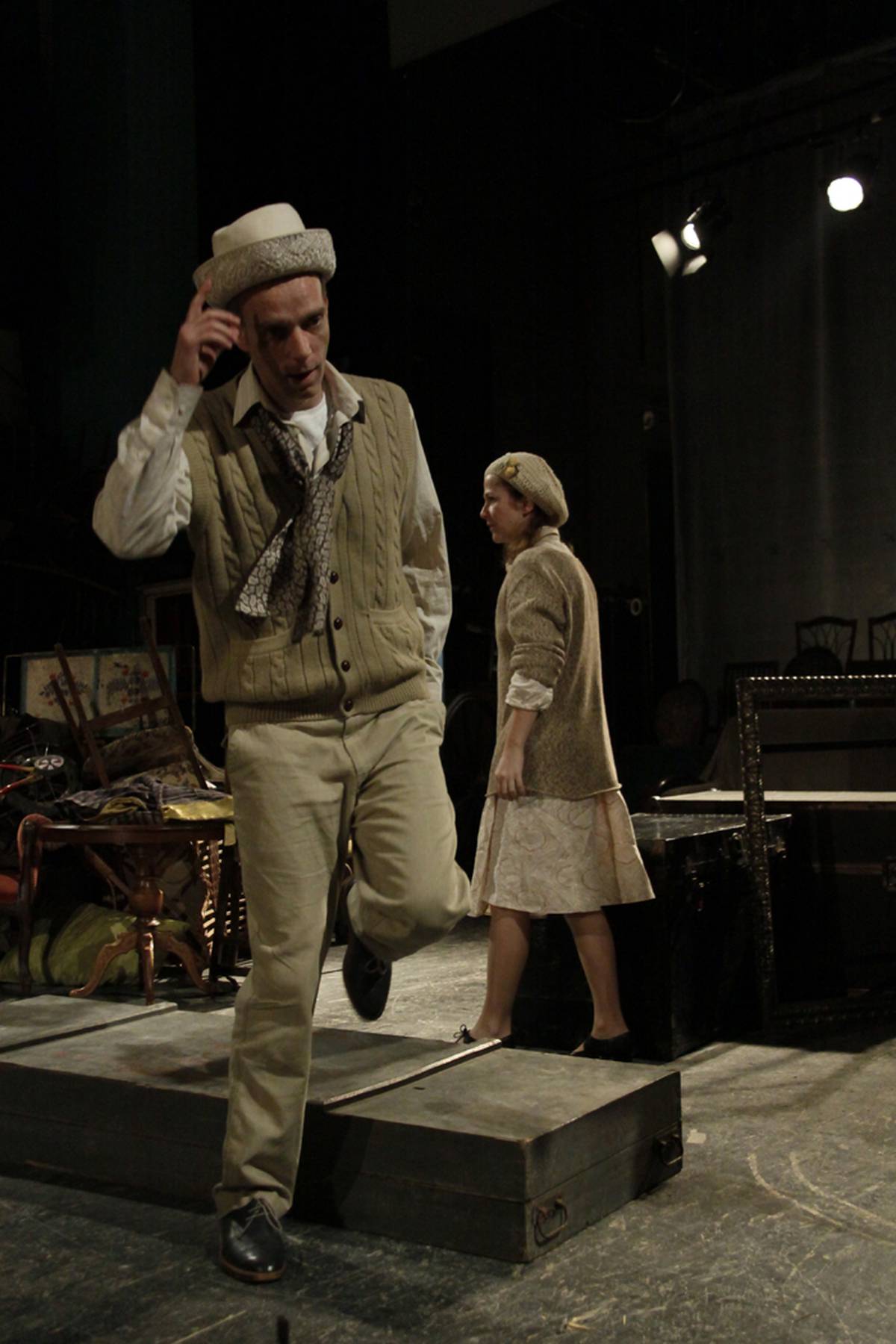 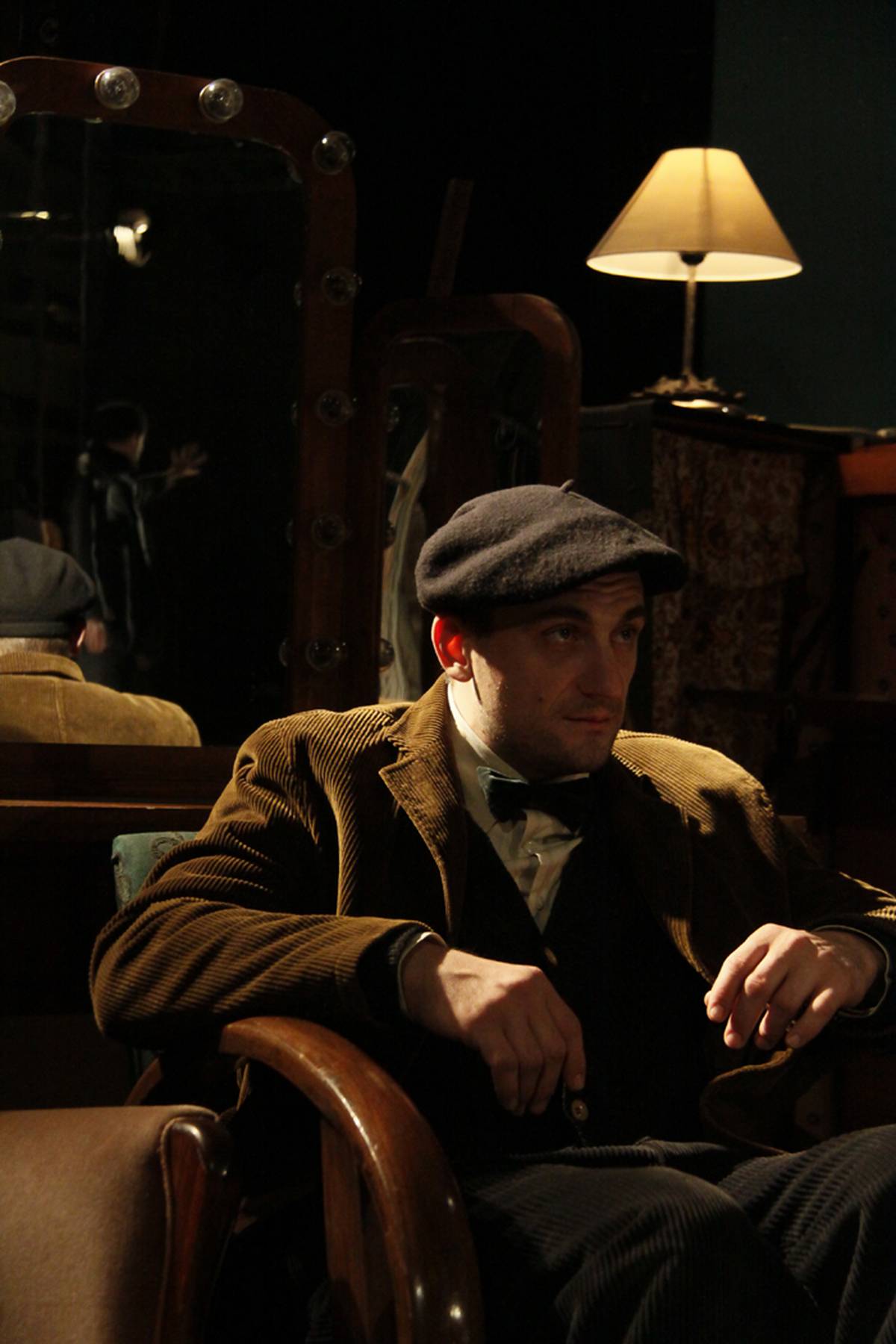 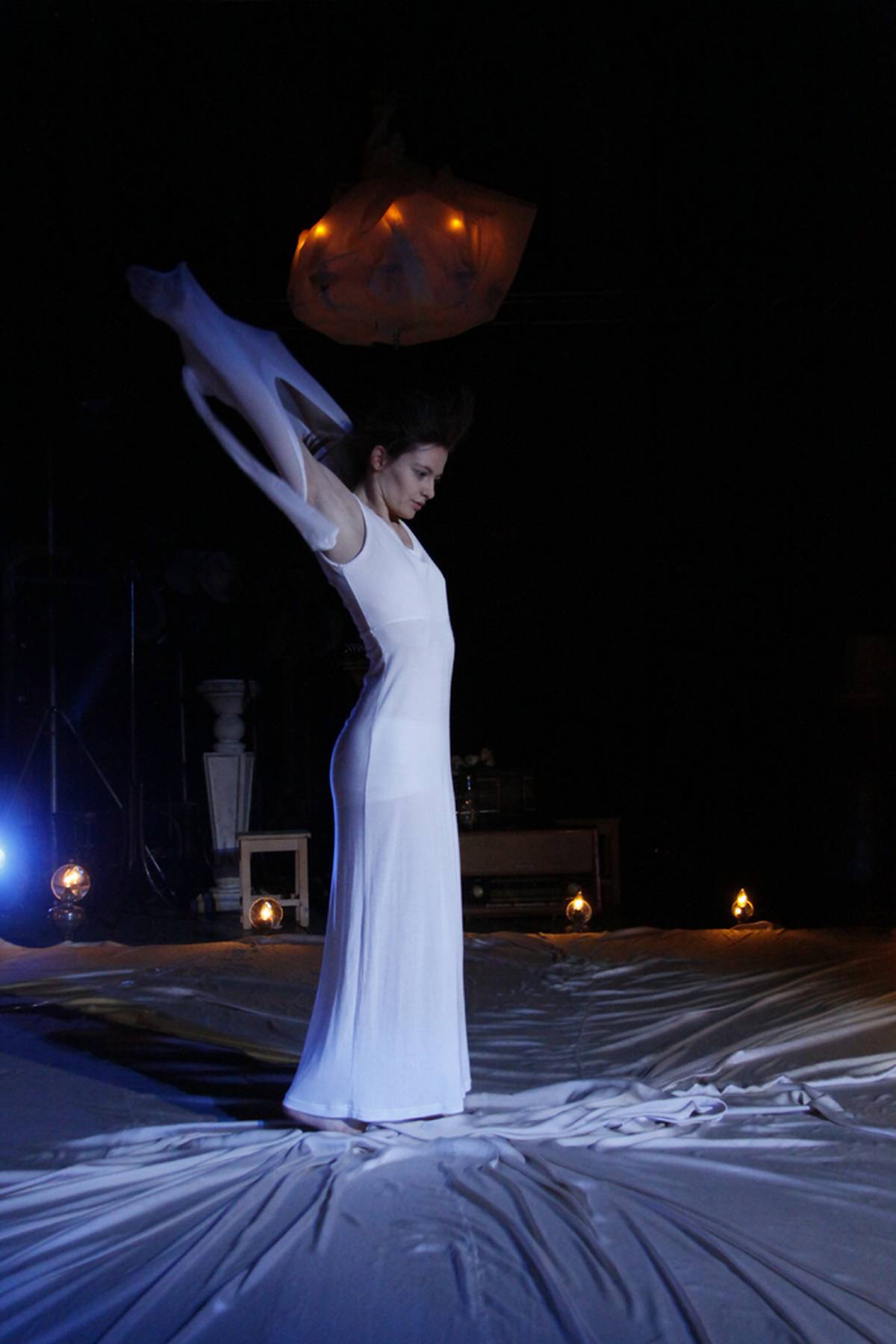 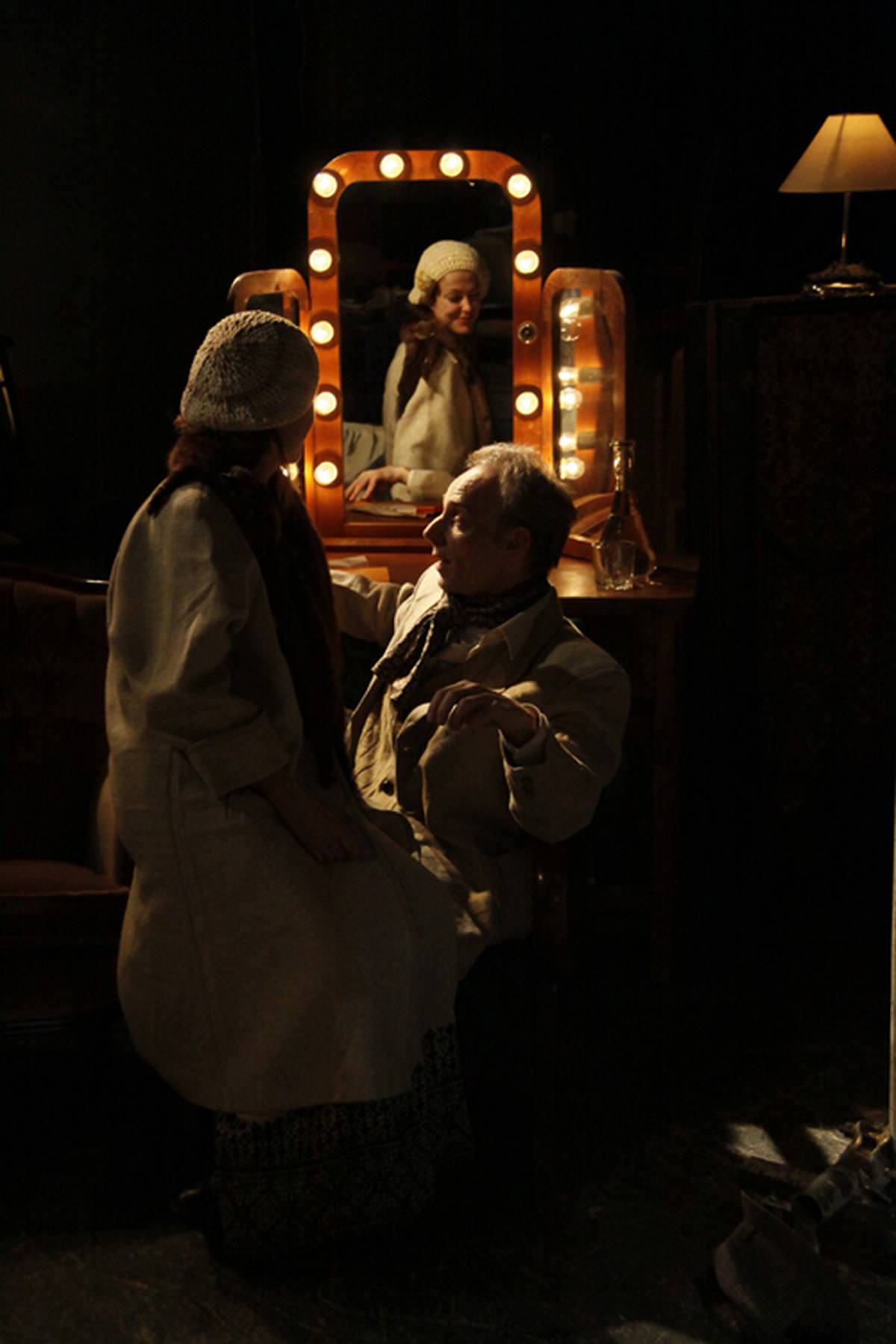 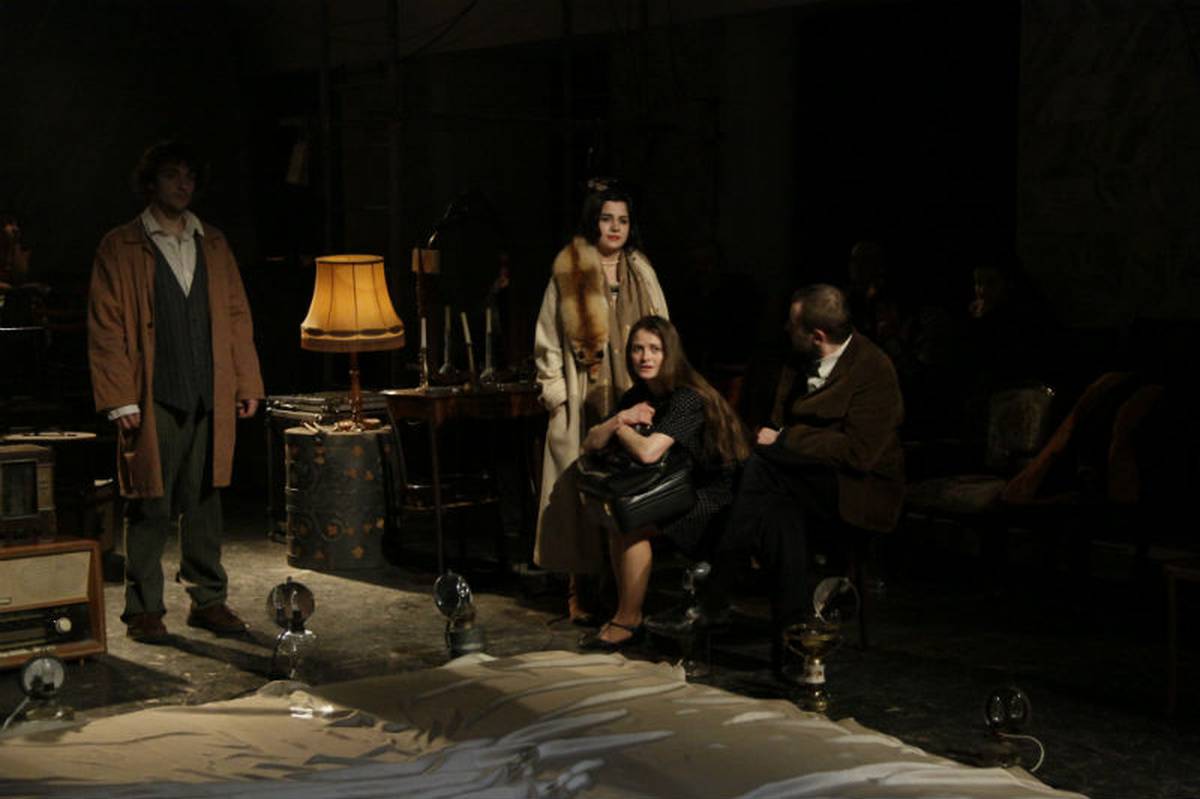 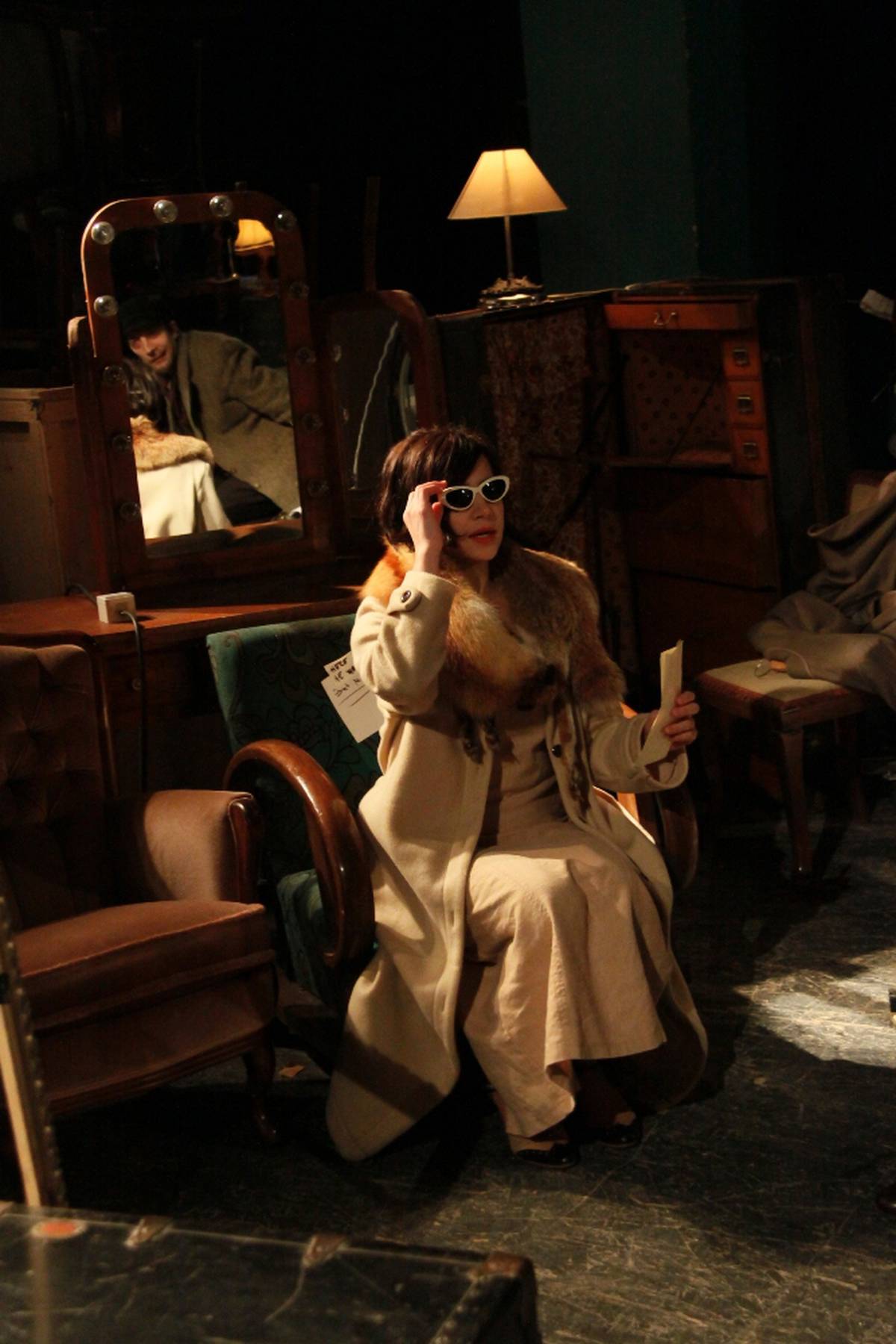 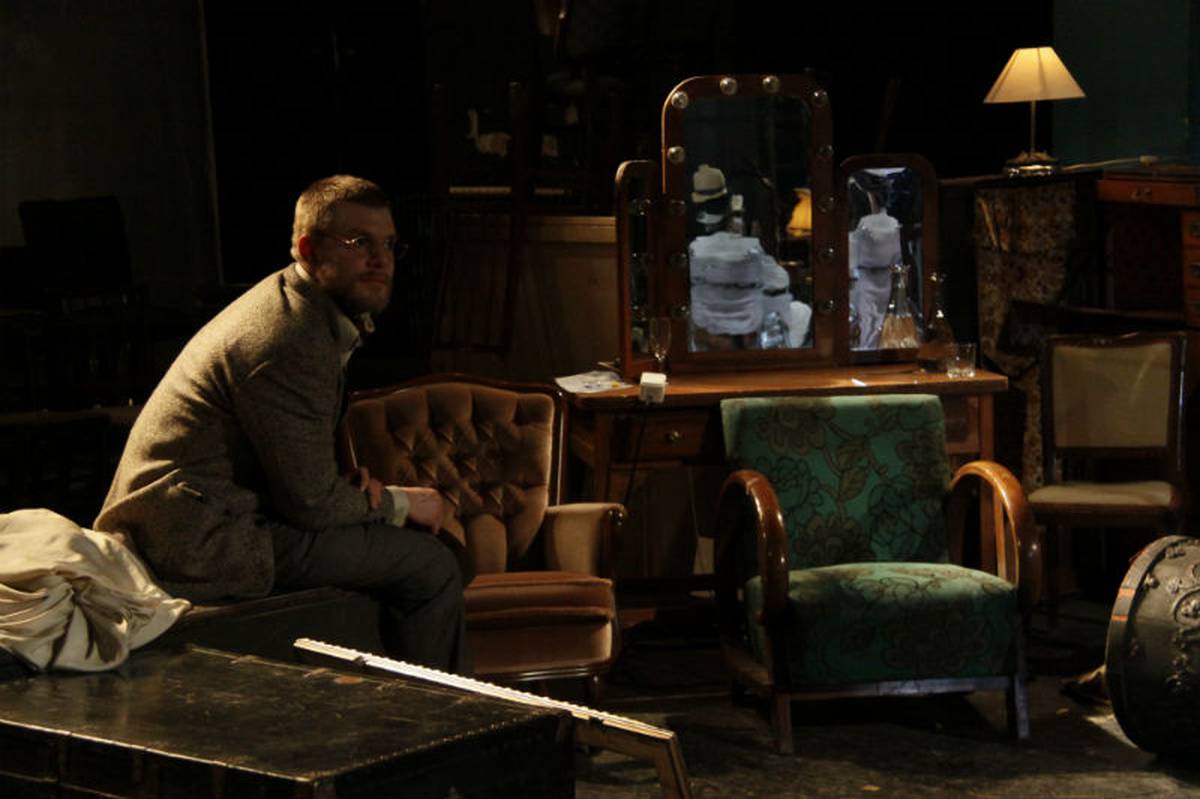 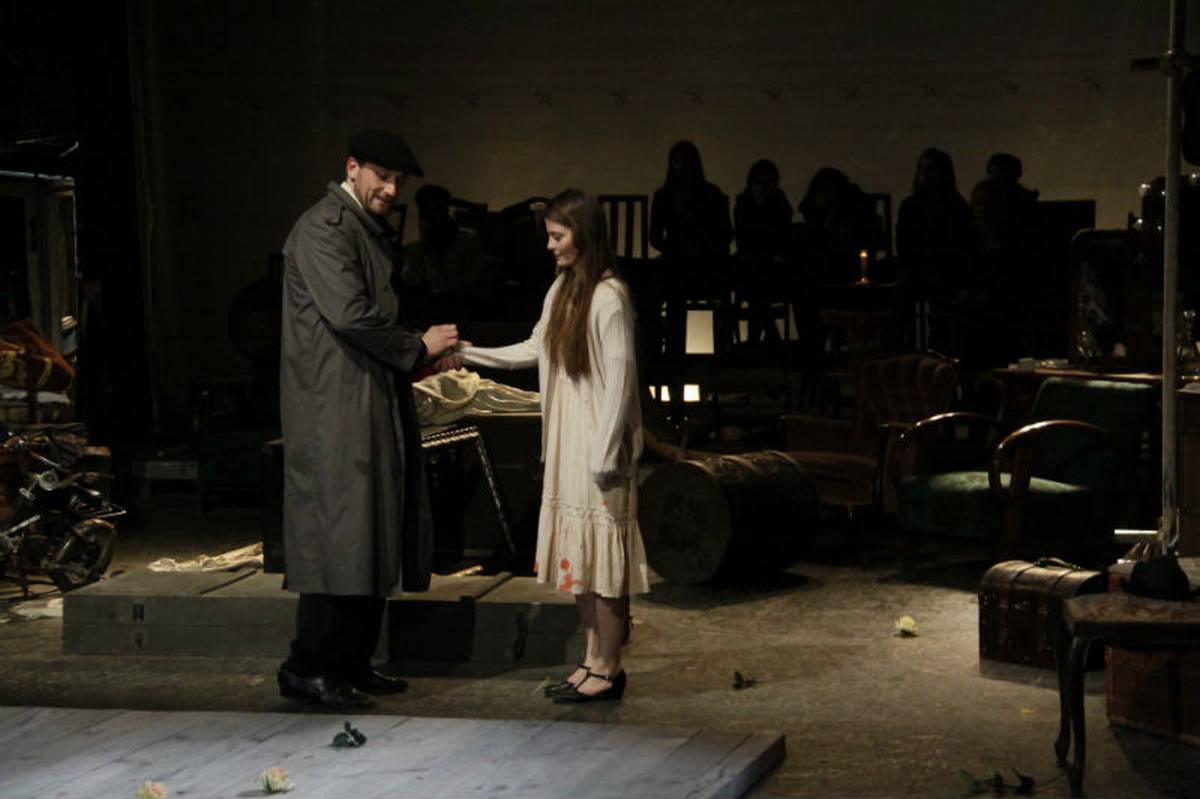