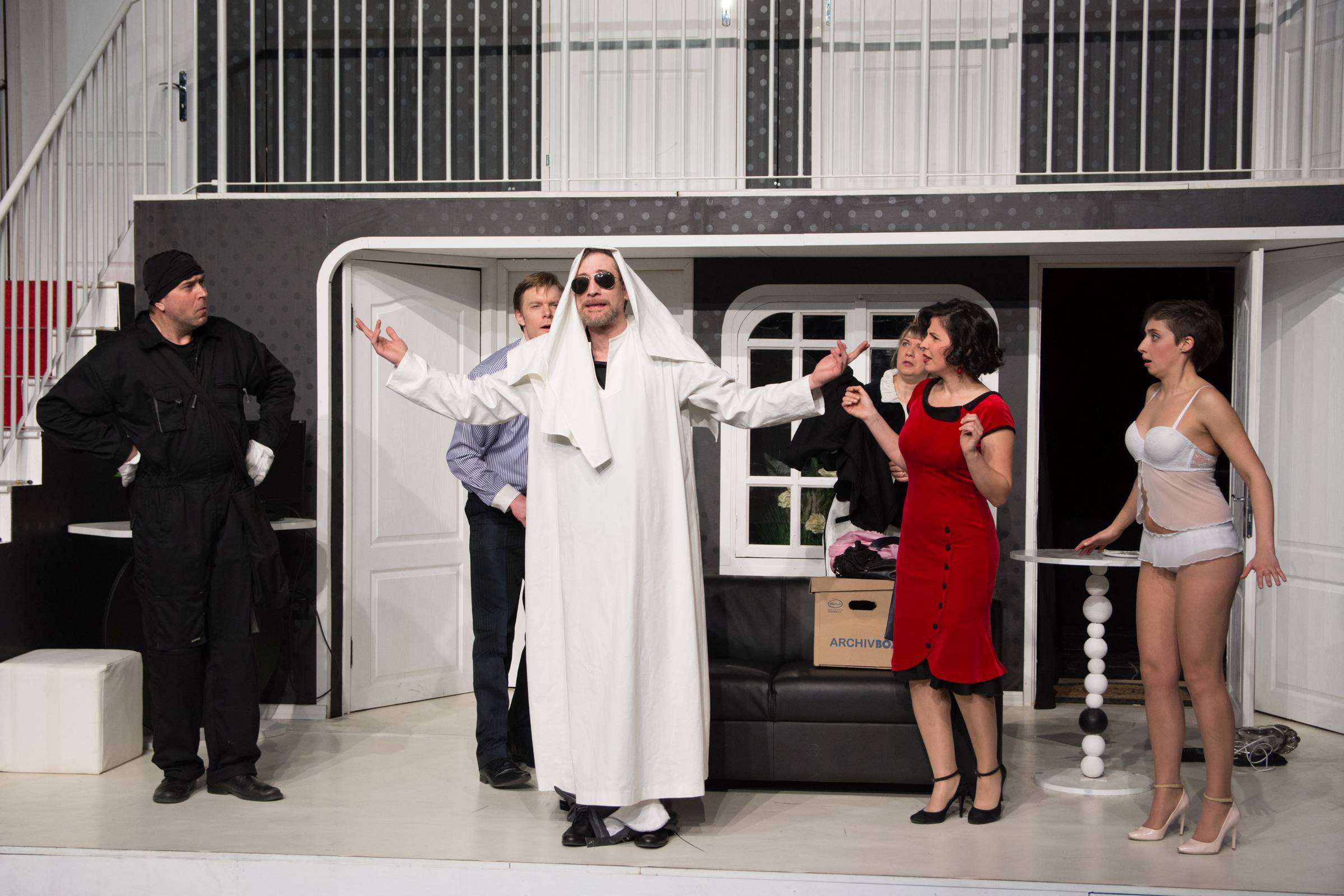 The play, presented for the first time ever in 1982, brought the British playwright Michael Frayn long lasting success. The author mocks theatre itself, concentrating the action around the adventures and the unusual happenings occasioned by the representation of the comedy Nothing On. In every act of Noises Off, the first act of Nothing On is presented: first as a dress rehearsal, then during a performance, during which spectators see the commotion unfolding backstage during the show, and finally, on tour, when the viewers see the set once more from the front, all the while knowing the simultaneous events happening behind the scenes. And in the end nothing seems to go as planned. Thanks to its irresistible comic, the comedy Noises Off was the show with the most spectators - more than 180,000 - in the German speaking area in the 1984/1985 season. 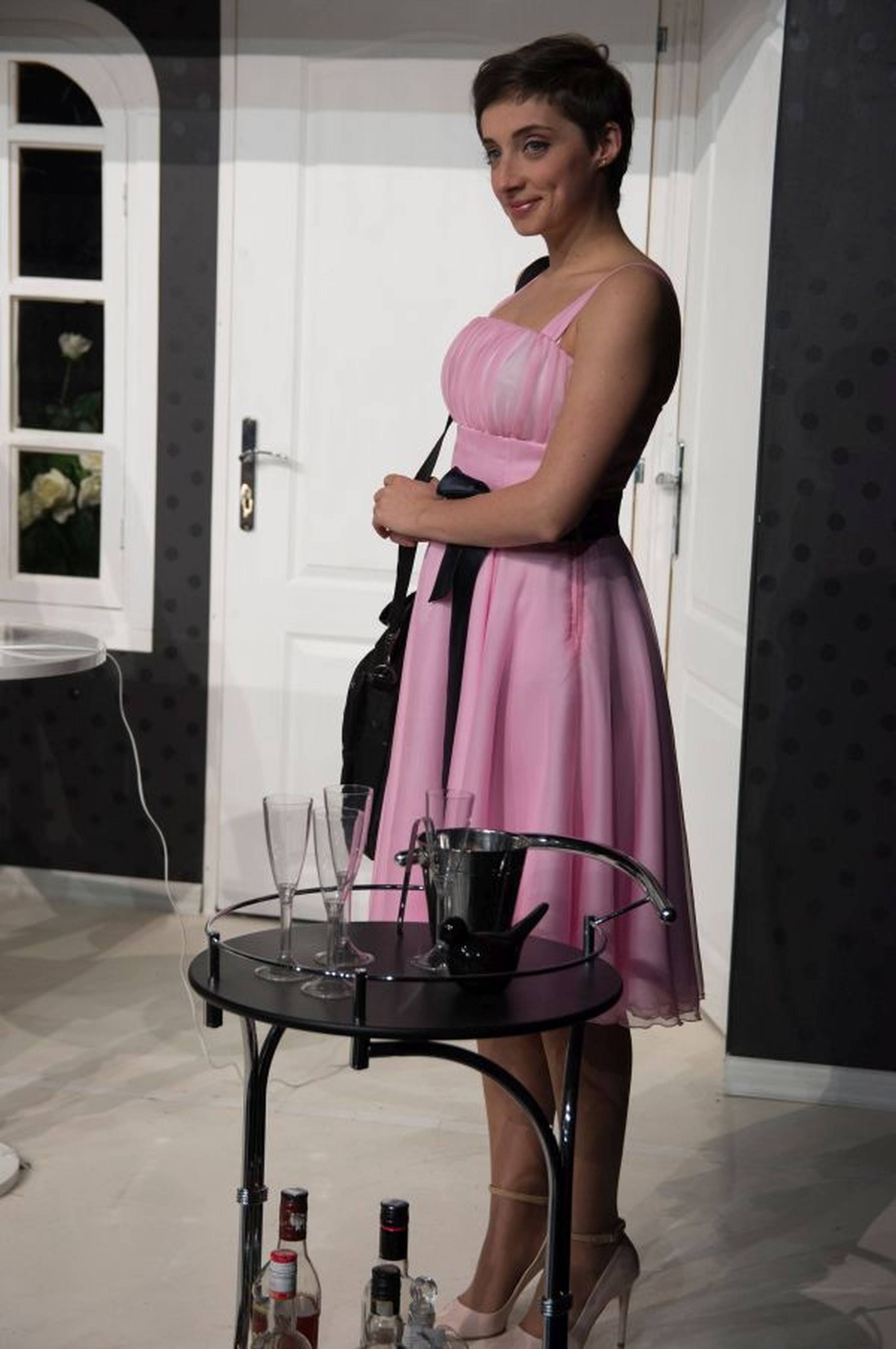 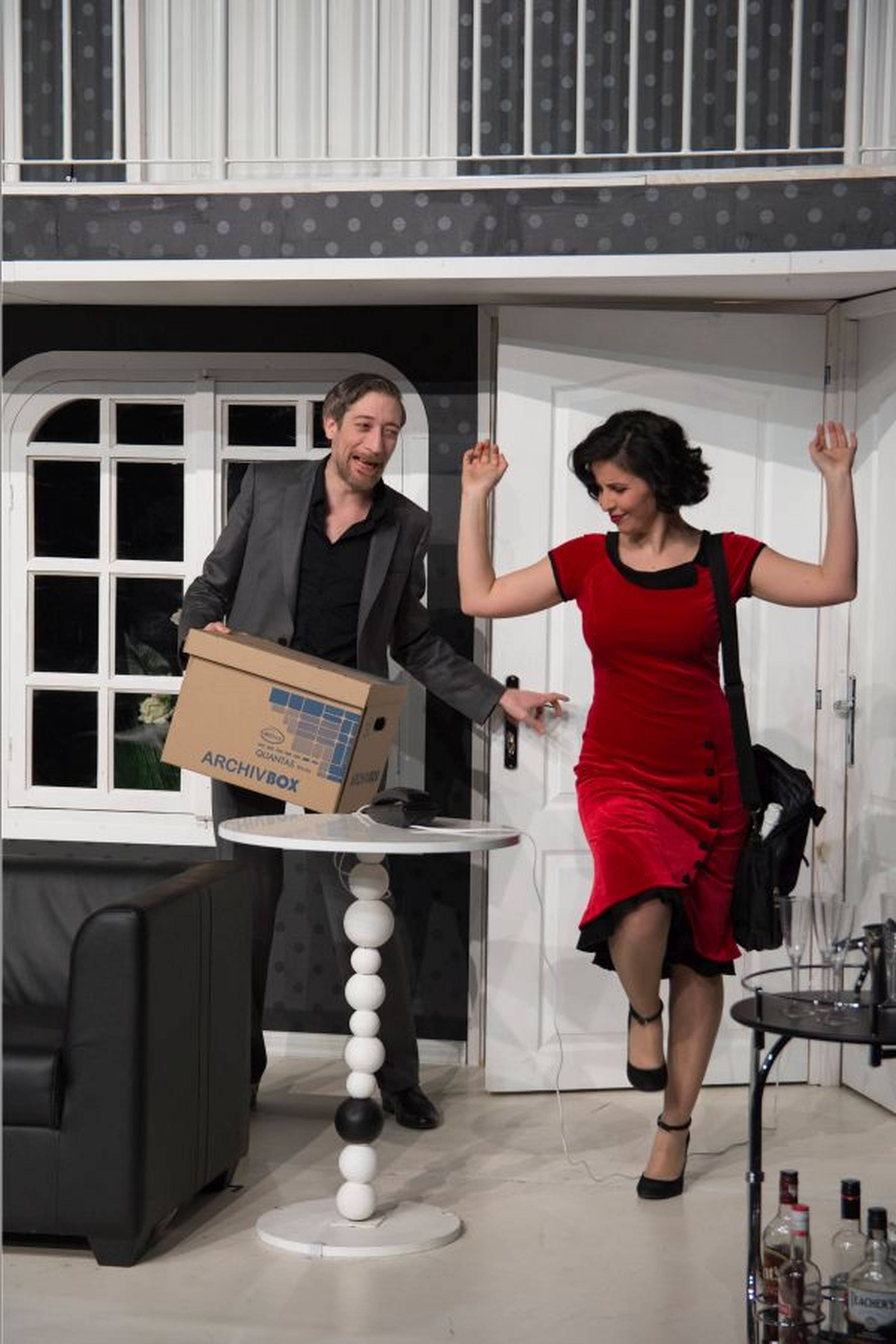 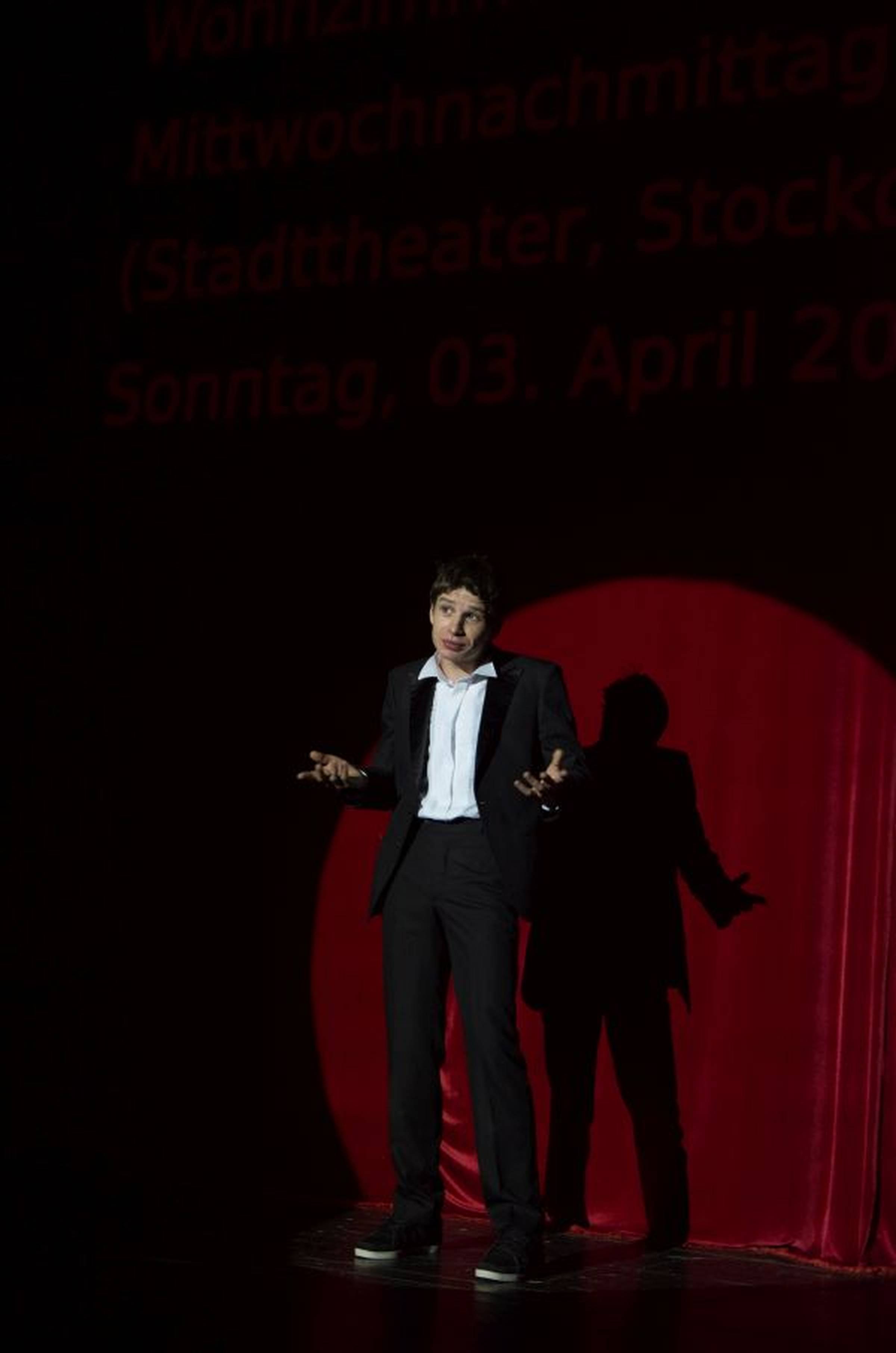 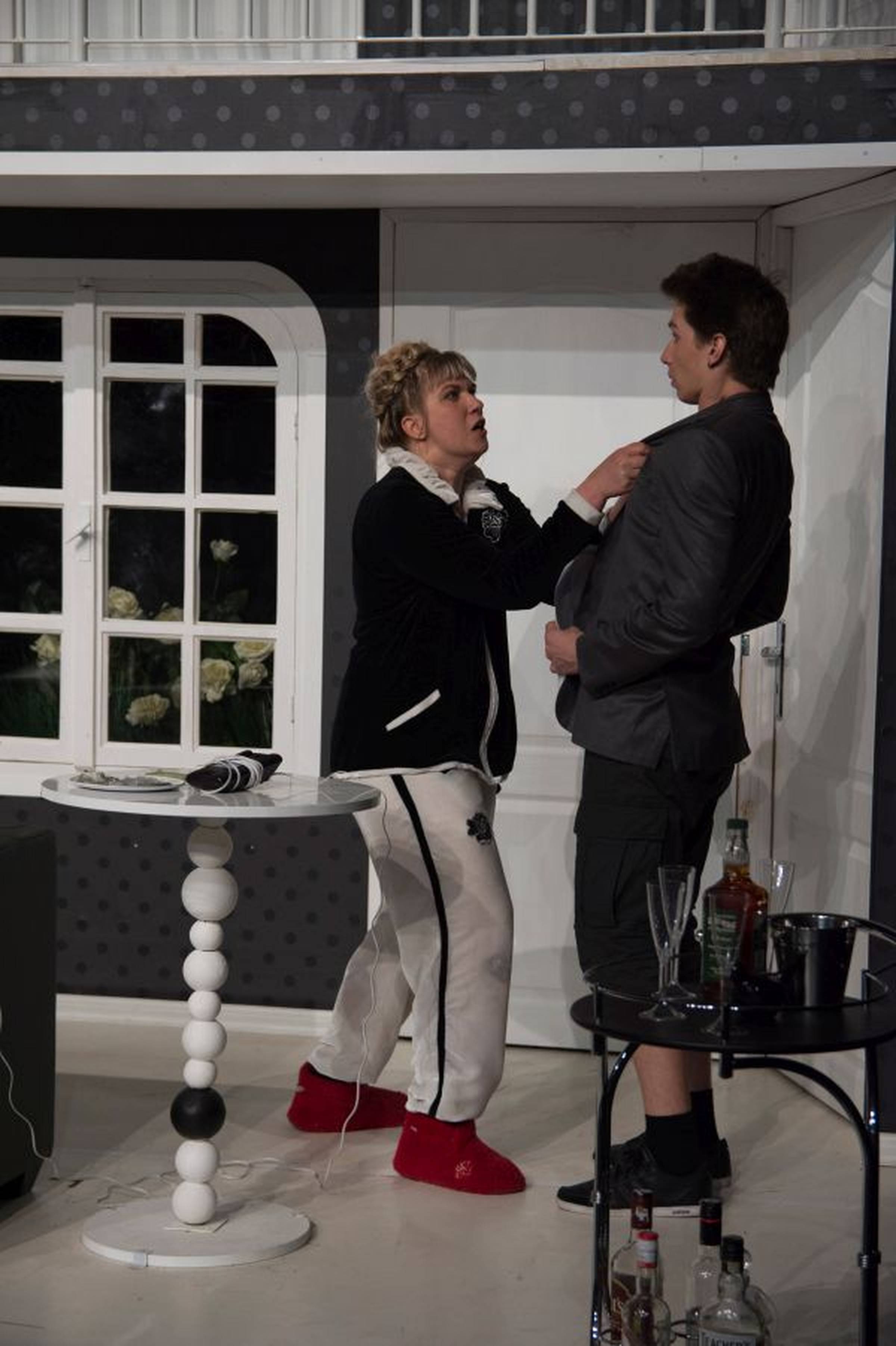 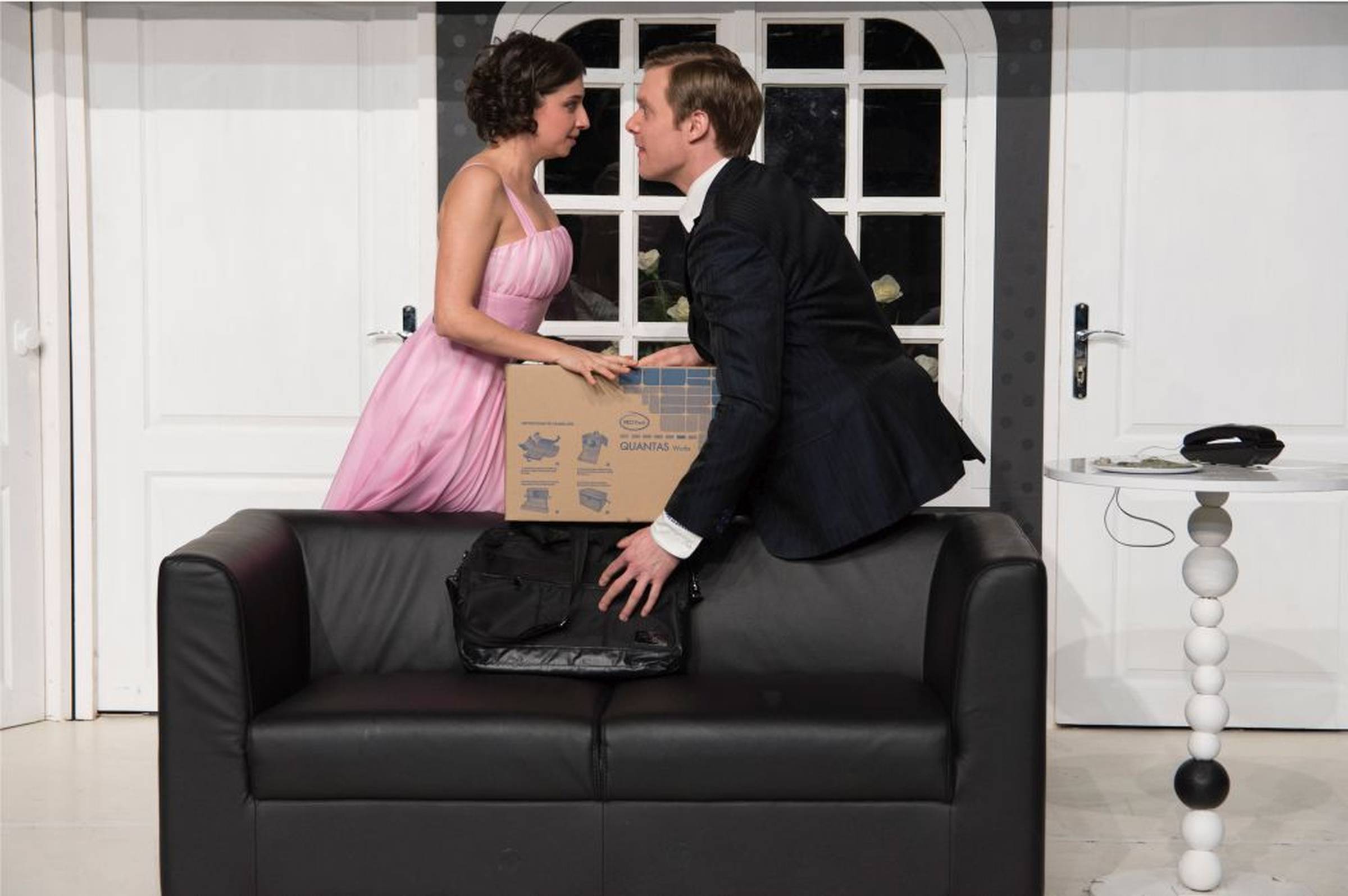 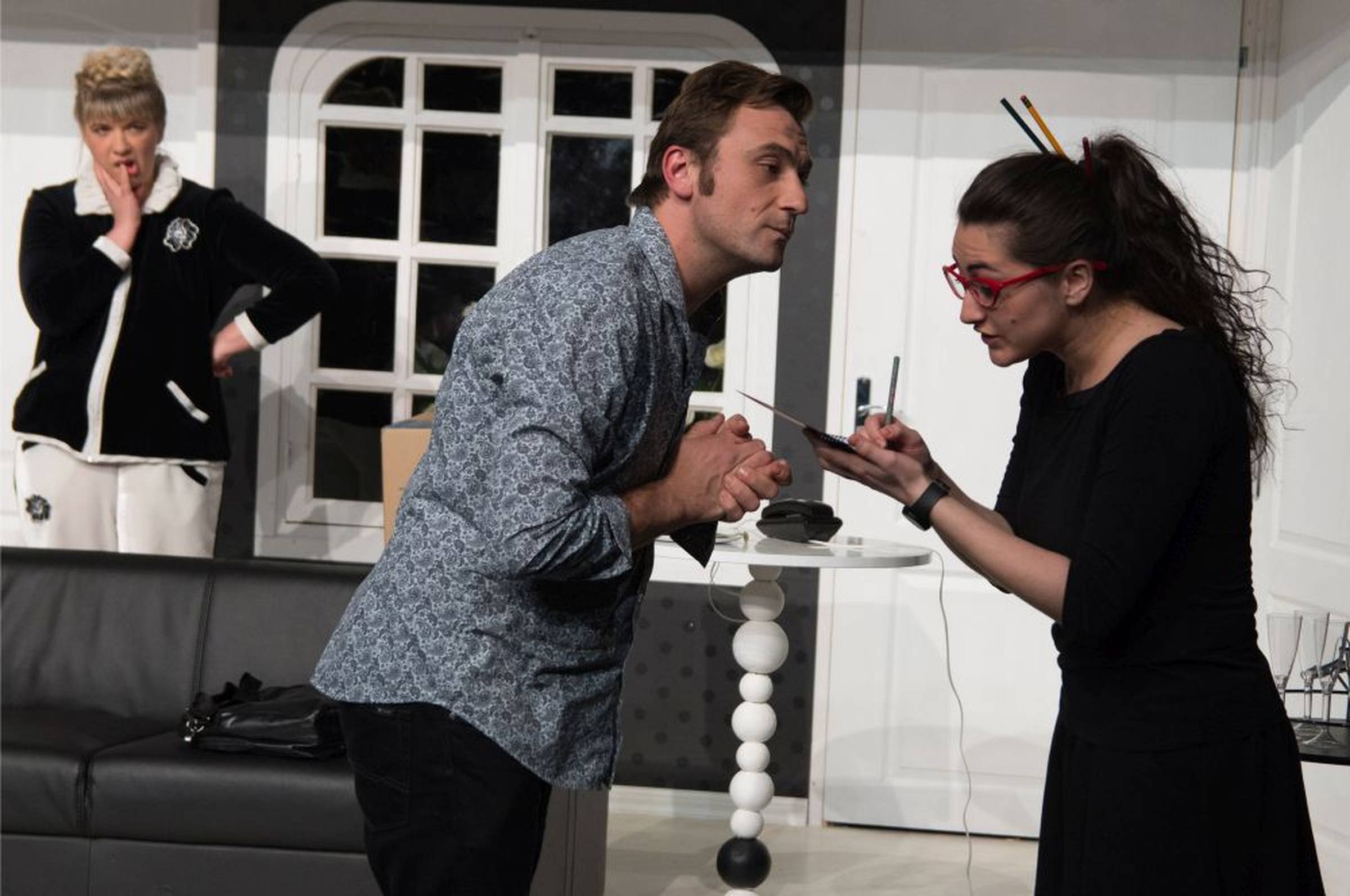 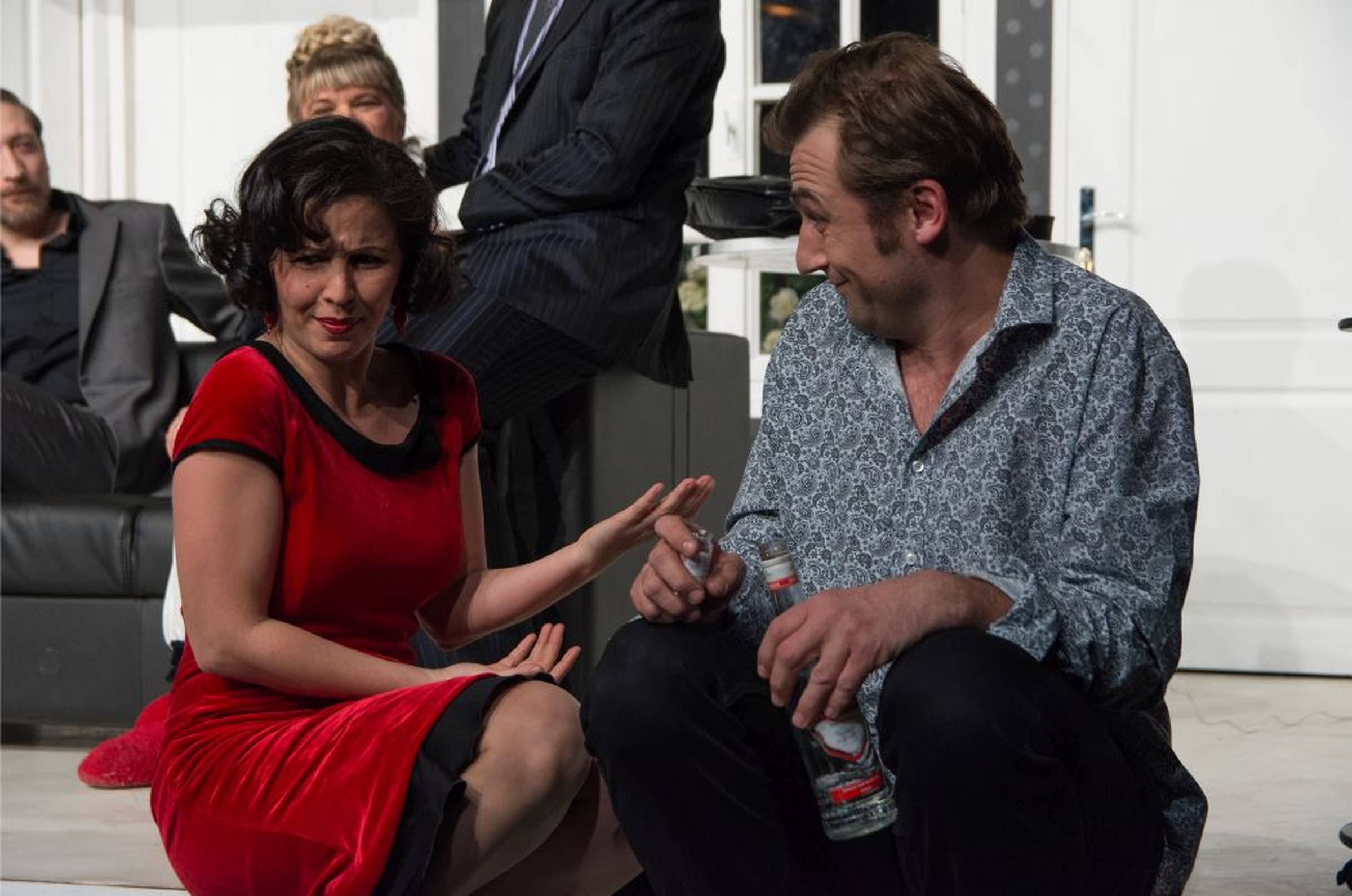 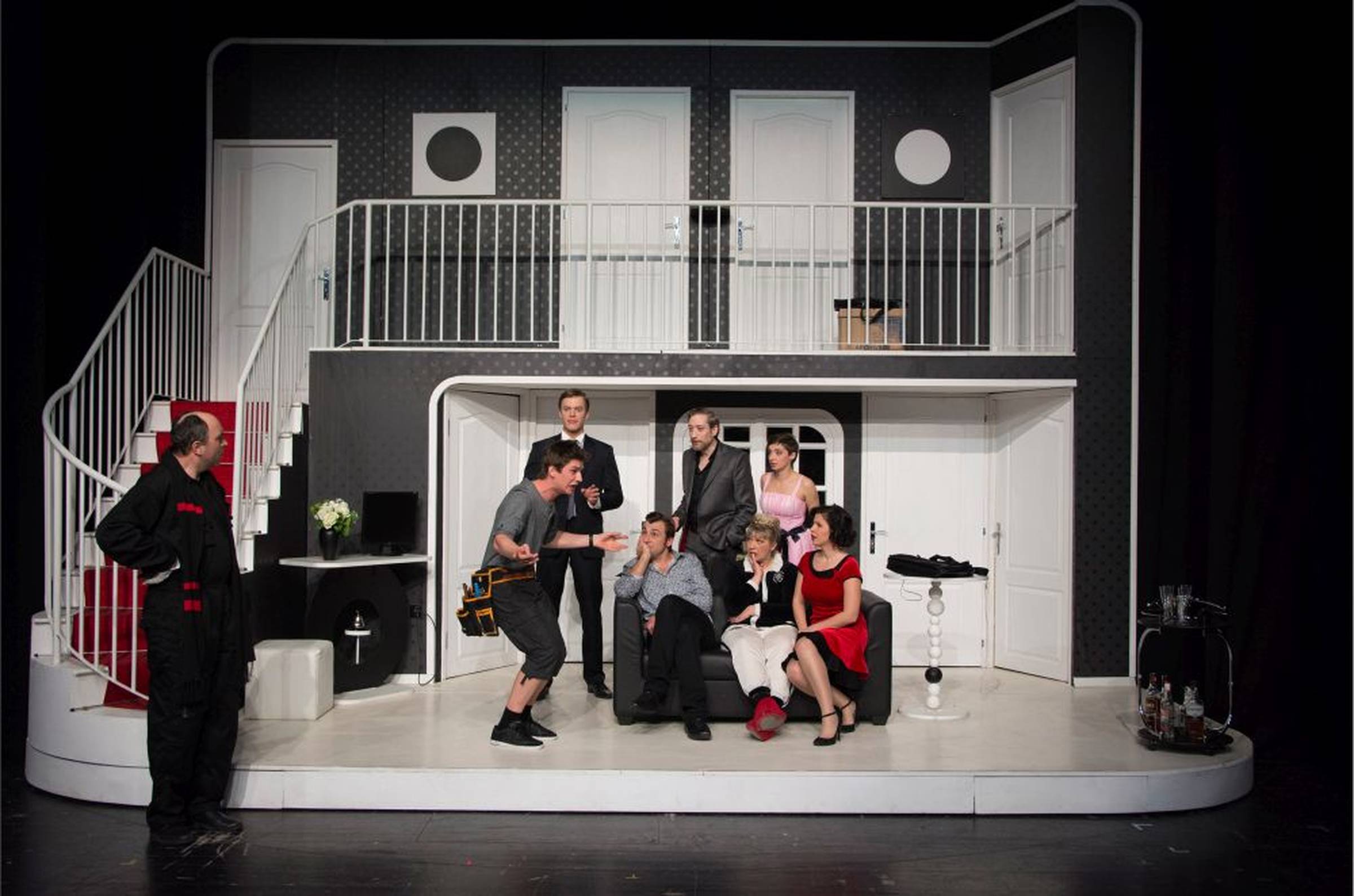 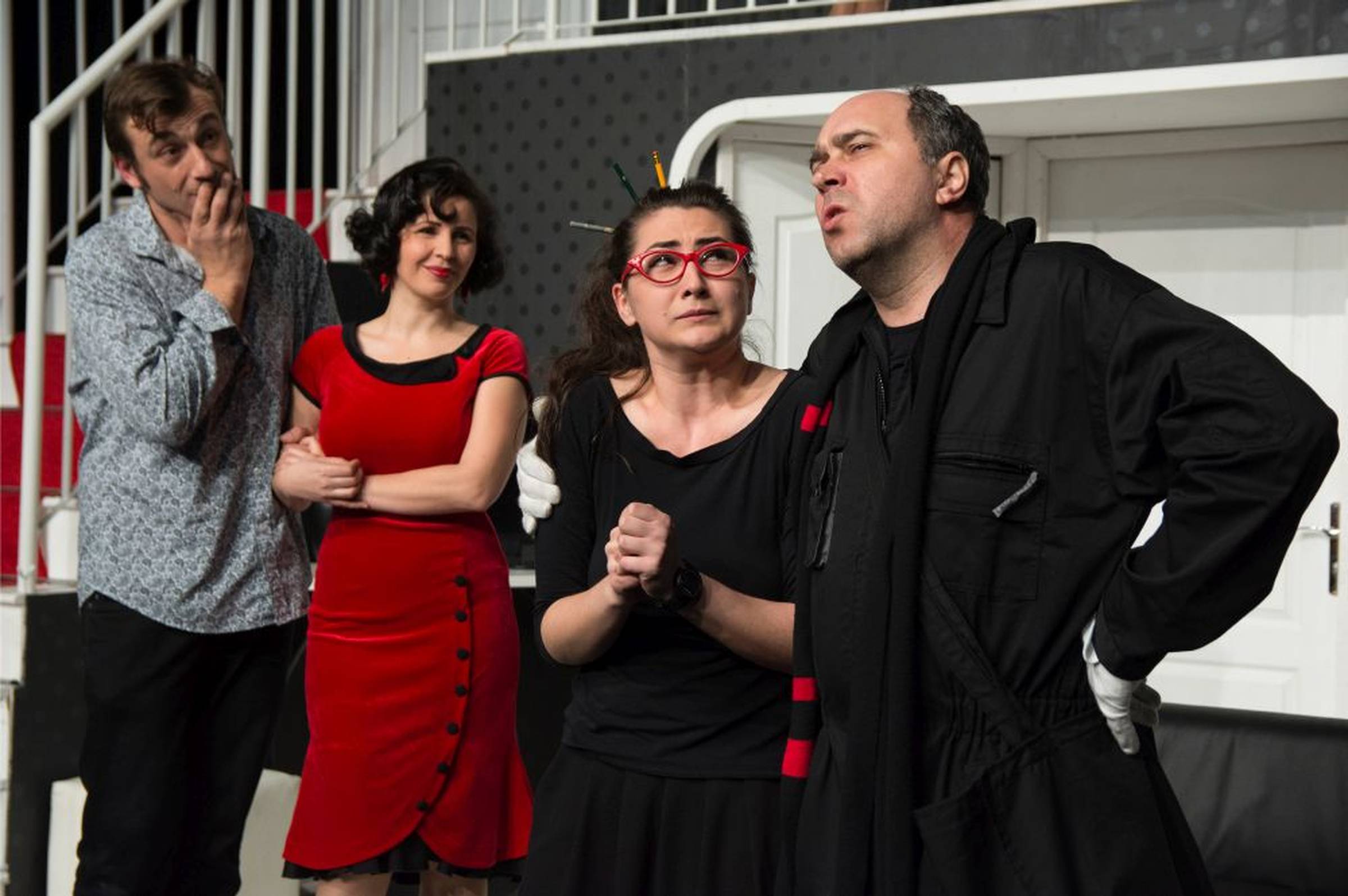 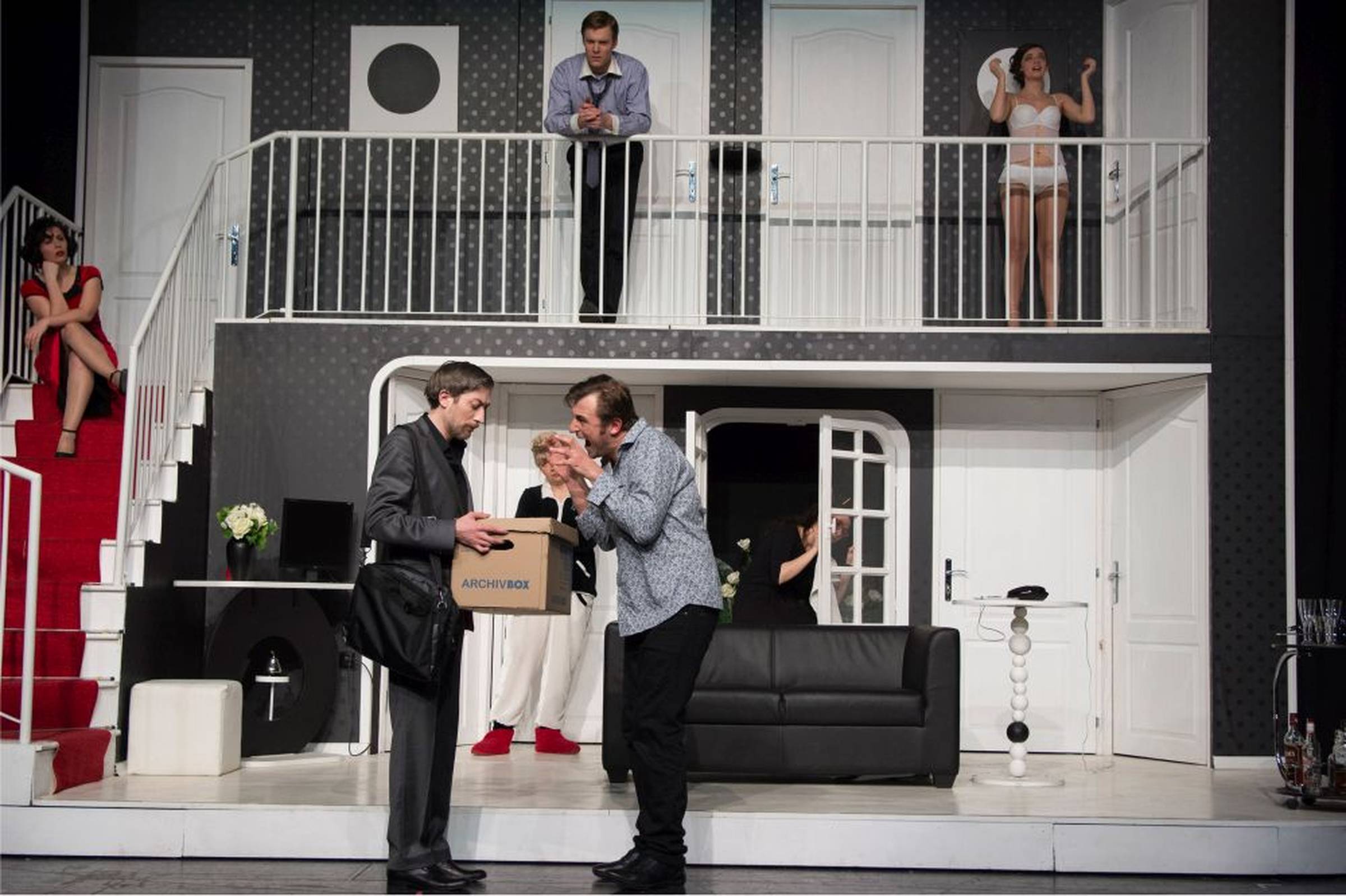 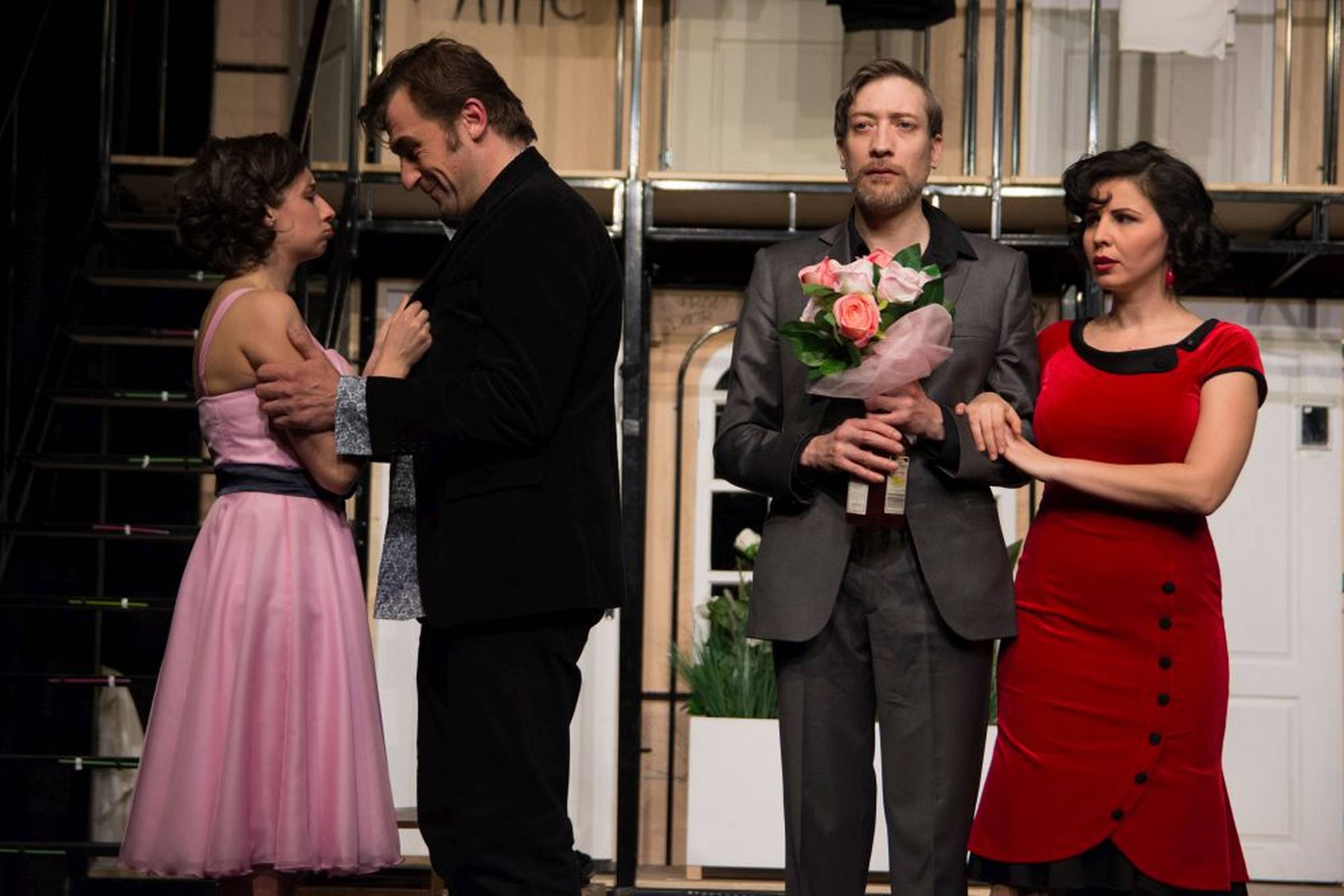